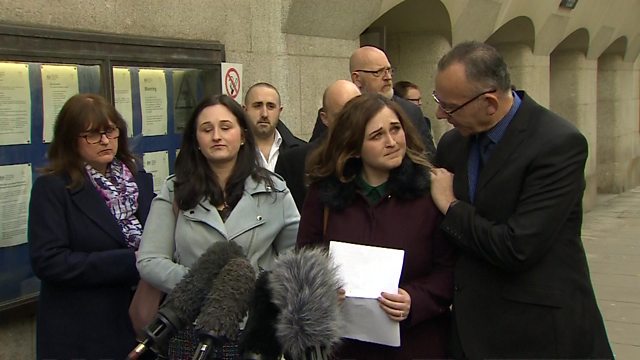 A man who killed a woman in a speedboat crash has been jailed for an extra six months for fleeing the country.

Jack Shepherd fled before he was sentenced to six years for the manslaughter of Charlotte Brown, who died in the crash on the River Thames.

He returned to the UK on Wednesday night after 10 months on the run.

Shepherd, 31, pleaded guilty at the Old Bailey to breaching bail and absconding and was sent to prison to begin his six-and-a-half-year sentence.

Judge Richard Marks said: “Charlotte’s family were, of course, devastated by the circumstances by which she met her death, and those feelings were greatly exacerbated by the fact you chose to go on the run.

“Your conduct in absenting yourself from justice for so long was as cowardly as it was selfish.”

He said: “Due to Shepherd’s recklessness and negligent actions Charlotte isn’t here to defend herself.”

Her sister Katie said Shepherd had “continued to prolong our agony, making wild accusations against our family”.

She said his “lack of respect and decency still continues to astound us”.

He said he had travelled “under his own name, using his own passport” before he handed himself in to police in Tbilisi in January.

Mr McGee said Shepherd was “overwhelmed by his fear” of a prison sentence.

He added: “It [absconding] was not deliberately callous or cavalier. It was not cynical or calculated.”