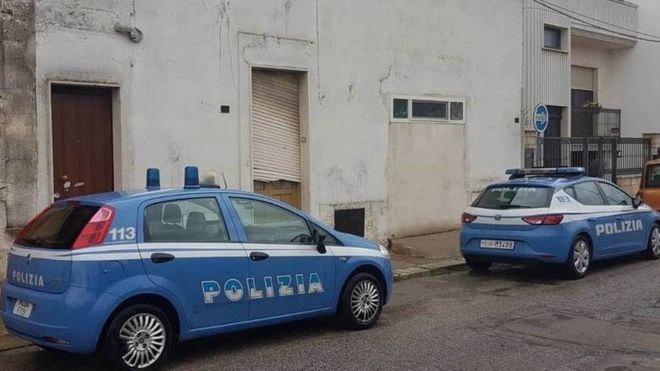 Police in southern Italy have arrested six youths and two adults suspected of torturing and robbing a 65-year-old man who later died in hospital.

Prosecutors allege that the eight formed a “baby gang” – Italian slang for teenage gangs – called “the Orphanage Group”. They shared video clips of their assaults, it is alleged.

Some Italian media liken the “baby gang” to the teenage thugs in the 1971 film A Clockwork Orange, who found sadistic violence thrilling.

Taranto police visited Mr Stano’s dilapidated home on 5 April, after a neighbour told them he had suffered a robbery. They found that the pensioner was shabby, malnourished and living in abject poverty.

Medics brought him food and water, but when police returned the next day they found he had not eaten or drunk anything and “barely managed to open the front door”, a police report said.

He was admitted to hospital but died on 23 April. There are suspicions that he died of severe internal injuries, but post mortem results have not yet been released.

Reports say he was punched, beaten with sticks and kicked repeatedly, in the street and in his home.

Italy’s Ansa news agency says Mr Stano “had a mental disability and was unable to defend himself and react”.

He was “victimised and tortured for months” by 14 youths in Manduria, according to the Italian news channel TG3.

In hospital he had two operations, for a gastric perforation and intestinal bleeding, the daily Il Giornale reported.

The gang reportedly called him “the Madman of the Village of the Child” – using the name of a youth club opposite his home.