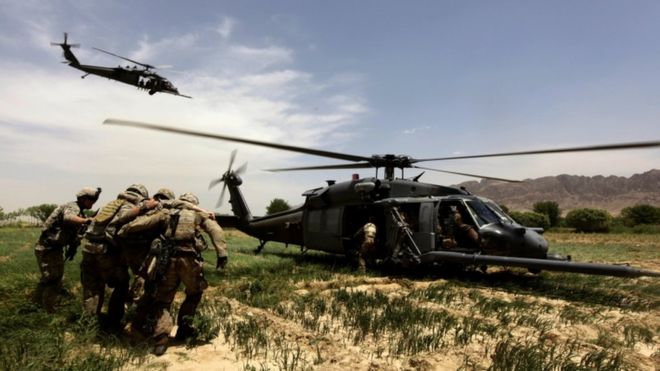 The International Criminal Court (ICC) has rejected a request to investigate alleged war crimes in Afghanistan.

In a press release, judges of the court highlighted Afghanistan’s instability and the lack of co-operation with investigators in the country.

Such an investigation “would not serve the interests of justice”, the statement said.

The rejection comes a week after the US revoked the entry visa of an ICC prosecutor, Fatou Bensouda.

It is thought to be in response to her examination of possible crimes committed by US forces in Afghanistan.

Prosecutors for the ICC have been examining alleged abuses committed by all parties in Afghanistan’s long conflict for more than a decade.

A formal examination of potential crimes began in November 2017.

But while the court said there was “a reasonable basis” to believe crimes had occurred, judges said Afghanistan’s current situation “make the prospects for a successful investigation and prosecution extremely limited”.

They also cited the long period of time that had passed since the investigation began in 2006, and said the court needed to “use its resources prioritising activities that would have better chances to succeed”.

What is the ICC?

The court investigates and brings to justice people responsible for genocide, crimes against humanity and war crimes, intervening when national authorities cannot or will not prosecute.

The ICC was established by a UN treaty in 2002, and has been ratified by 123 countries, including the UK.

However, several countries – including China, India, Russia and the US – have refused to join, while some African countries say the court is unfairly focused on Africans.

US administrations have long criticised the ICC. National Security Adviser John Bolton threatened the ICC with sanctions last September if they pursued cases against US citizens.