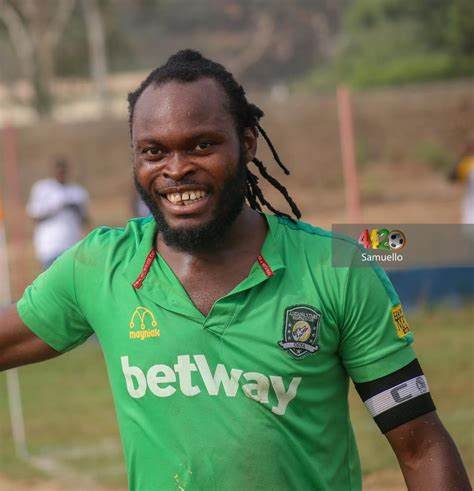 Yahaya Mohammed, striker for Aduana Stars, says he is shocked by his exclusion from the local players invited to start camping for the Black Stars ahead of the Africa Cup of Nations qualifiers next month against South Africa and Sao Tome and Principe.

In an interview with Joe Debrah on Happy Weekend Sports, Yahaya Mohammed said, ‘I was shocked that my name wasn’t on the list. Consistency wise, I’m still in the Ghana Premier League list of top scorers for the previous seasons.

I know that the coach has a strategy for me, but I would be very surprised if not. CK may want me to wait and evaluate other players before he gives me a call-up. They did not talk to me though.

“I could have received a call if local-based players were selected. Because of my experience and other responsibilities, I would play a major role in camp, which would also make the coach’s job easy, he added.

Yahaya has also confirmed that the recent decision by the GFA to have games behind closed doors is a significant blow.

It’s a big blow that we’ve got to play behind closed doors. The issue is the owners of the club who have to pay a lot of expenses now because now there are no gate proceeds. When the stadium opens again, I will advise the supporters to comply with the COVID-19 protocols.

Yahaya has scored six goals for the Aduana Stars in the current season.