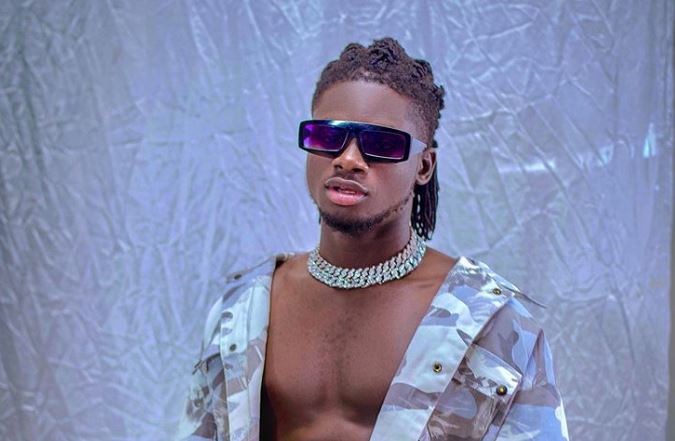 Lynx Entertainment signed artist, Eugene Kwame Marfo, affectionately known as Kuami Eugene has revealed that he has never had the experience of having wealthy parents but he will surely let his kids have that experience.

Speaking in an interview on Radio One 105.7 FM with DJ Slim, Kuami Eugene stated that he was not born into a wealthy family like his label mate, Kidi.

He stated that he is only a young man God has blessed with wealth and one day, he will definitely make his children have that experience of having a rich father like him.

Kuami Eugene‘s source of wealth comes from being a pop singer. He rose to fame following the enormous success of his “Angela” song. He was signed by Lynx Entertainment and has grown to become one of the best Highlife crooners of our time.

In other news, Ghanaian screen-goddess and actress, Nana Ama Mcbrown has disproved claims made by Efia Odo of being the biggest Kwesi Arthur fan, says she has been his biggest fan.

This comes shortly after the rap king, Sarkodie also claimed that he is the biggest fan of the Tema-based rapper. Efia Odo on the other hand disagreed with the rapper, saying he has no idea of her existence and affiliations with Kwesi Arthur.