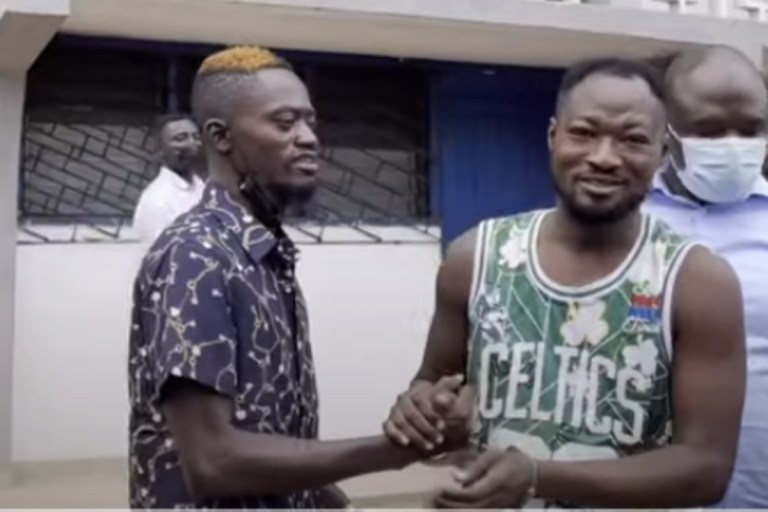 After all the insults and accusations leveled against him by his colleagues, Benson Nana Yaw Oduro Boateng, well known as Funny Face, Kwadwo Nkansah has stated that he has genuinely forgiven him for all the insults he rained on him during his outburst on social media and still considers him as a brother.

Funny Face was made to appear before the court today after he was arrested by the police on Monday for allegedly threatening some personalities via social media. He has been referred to the rehab center for a mental checkup.

Kwadwo Nkansah Lilwin who has also been a victim of Funny Face’s melodrama paid him a surprise visit at the courtroom of which the judge asked Funny Face to apologize to him for all the insults he has rained on him amid his rants on social media. However, Funny Face stated that he does not need any apology from Funny Face because he still sees him as a brother.

Speaking with Kofi TV in an interview, Kwadwo Nkansah stated that he has worked with Funny Face for so many years and has always regarded him as a brother, thus he will not allow his outburst to destroy the good relationship they once had.

He revealed that he loves Funny Face and will do anything within his means to make sure he bounces back to his normal life.