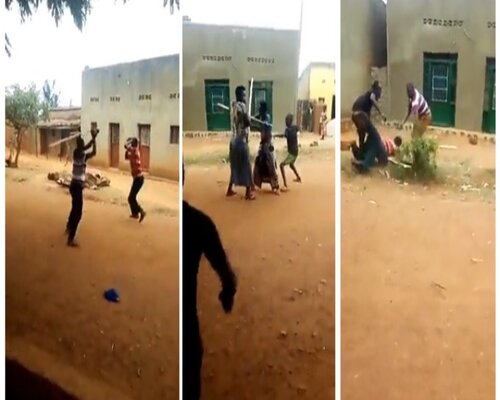 Two families have engaged in a serious fight which was kickstarted by the heads of the family.

The video that has surfaced on the internet shows a very dramatic scene and hilarious through its violence which has since sparked massive reactions on the gram.

The husbands started the fight as they both took sticks to hit each other to the extent that they both knocked out themselves.

As the men hit the ground, the wives also pick up the sticks to hit their rival husbands, and later the wives clash.

As the wives clash, the children also came through both adult and teens to defend their families