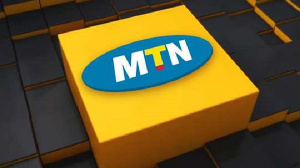 As issues with MTN’s data bundles continue to persist, customers are fuming regarding the channel through which the telecommunication giants expressed their apology and the reason behind the internet hitches.

MTN’s apology to its clients read: “MTN wishes to apologise to subscribers across the country for challenges they are experiencing in accessing data services and international outbound calls. This is as a result of International undersea fibre cable cut. Our engineers are working to resolve the challenge. We sincerely apologize for the inconvenience,” They wrote on Twitter

But scores of displeased subscribers questioned why the network could not send the message via text messaging to each of them.

They trolled MTN, saying rather than taking to social media to announce the reason for the poor network services, they (customers) would have preferred the communique through SMS.

Justifying their submissions, the customers noted that if they were to rely on their personal data, they wouldn’t have seen the explanation given by the service providers.

“But wait oo… u posting this on social media which requires internet to see…. when u can’t give ur customers internet access. So pls oo… who is this meant for???” a customer with the Twitter handle, Nana Sparkles

Some claimed to have bought additional airtime to bundle for internet services but still did not have access to browse the internet.

Others, complained about the time it took for MTN to address the issue.

A “highly disappointed” AB bemoaned “this thing started around 2pm thereabouts what took u so long to address your customers.”

Meanwhile, MTN later sent messages to their customers to render an apology while assuring that they are doing everything possible to rectify the situation.