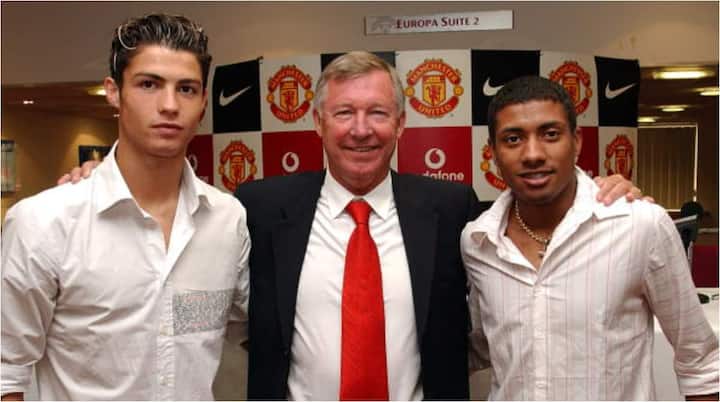 Reports have emerged that Premier League giants Liverpool missed out on signing Portuguese striker Cristiano Ronaldo before he joined Manchester United in 2003. It was gathered that former Manchester United manager Alex Ferguson had to gazump the figures to ensure United beat their rivals to land the striker at the Old Trafford.

It was gathered that Ronaldo already saw a move to Liverpool as a dream as his agents Paul Stretford, Jorge Mendes and Tony Henry were already negotiating his exit from Sporting CP. Enjoy reading our stories? Join YEN.com.gh’s Telegram channel for more! Thompson narrated how the deal with Liverpool in 2003 failed to materialise: He noted via Tribal Football:

“I asked what kind of salary he would want and they said it was £1 million per year after tax. That was a lot for an 18-year-old kid but they said that was negotiable. “It was a Sunday and I explained to them that I needed to go back to Liverpool and speak to Gerard Houllier and see what we could do. I fed all the information back to Gerard, who said he would speak to [chief executive] Rick Parry.” “Lo and behold, the following week I’m at Melwood when the yellow ticker on Sky Sports News says: Manchester United sign Cristiano Ronaldo from Sporting for £12.2m.”