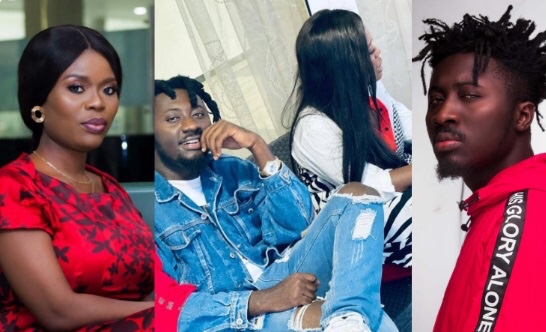 Delay has responded to rumours that she is in a secret relationship with Amerado.

The TV Host and Ghanaian rapper have been reported to have something going after a cosy video of them surfaced online.

5 months ago Amerado appeared on the Delay Show and shot his shot at the TV Host, however, Delay shot down his shot down, saying he is too young for her.

Fast forward, the two have become closer than ever as they have been captured hanging out a lot lately. In a new video seen by pulse.com.gh, Delay and Serwaa Amihere were having an interaction on IG live for an engagement for a brand.

During their interaction, the GH One TV host joined other viewers to ask Delay about the reports of her dating the young Ghanaian rapper.

“Please stop talking about Amerado, we are talking about ***stores, come on, you guys get serious, he is cute though,” she said. She later clarified that she is dating Amerado.