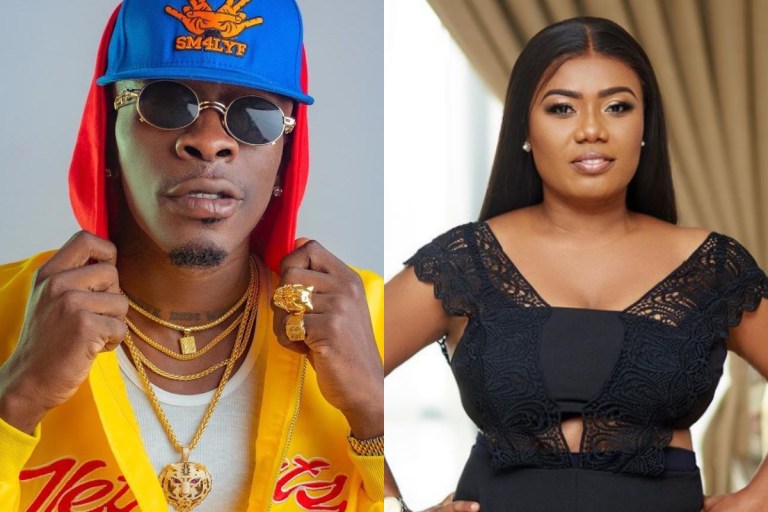 Ghanaian media personality, Bridget Otoo has expressed her frustrations after news broke that the dancehall king, Charles Nii Armah Mensah Jnr., well known as Shatta Wale has been shot by some unknown gunmen.

According to his PR, Nana Dope the incident which we are yet to confirm happened at East Legon as the suspects took to their heels after committing the crime.

Per the post circulating on social media, Shatta Wale is currently receiving treatment at an undisclosed private hospital in Accra while the police commence further investigation into the matter, according to his PR, Nana Dope.

Members of the vociferous Shatta Movement and other music lovers have taken to social media to react to the unfortunate news as many demands a said video of Shatta Wale being shot by these gunmen who are currently on the run.

Bridget Otoo who has always addressed Shatta Wale as her son has also expressed her worries about the news, demanding a solid report from his team members,

In other relating news, hatta Wale celebrated his 37th birthday recently and most of his celebrity friends took to the digital space to celebrate the king.

Sarkodie, Stonebwoy, Medikal, Fella Makafui, Afia Schwarzenegger among others took to their social media pages to celebrate the musician as he turns a year older.

Well, Beyonce whom he collaborated with on her “Already” song off her “Lion King” album also celebrated the African dancehall as he celebrated a new year of fruitfulness and prosperity. She shared a childhood picture of the King accompanied by a sweet birthday wish.