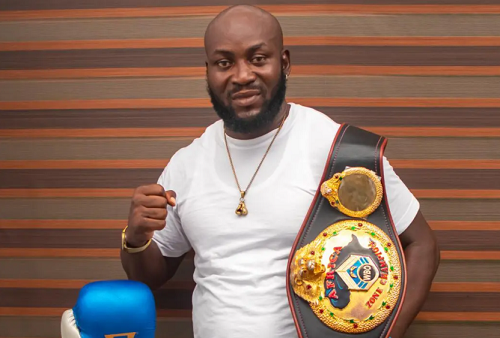 Suspended Ghanaian heavyweight boxer, Richard Harrison Nii Lartey has drawn the ire of the Ghana Boxing Authority (GBA) once again after he defied a five-year ban and fought in Russia on November 3, 2021.

Lartey who is serving a five-year ban for forging an authorisation letter in the name of the GBA disregarded that directive and fought against Abdulkerim Edilov in what the GBA described as an unsanctioned fight in Grozny.

The GBA in a statement said its investigation on the fight which ended in a first-round stoppage of Lartey was not only described by “observers as shameful but a total embarrassment to Ghana Boxing”.

The GBA statement further disclosed that Lartey did not fight under the flag of Ghana but rather fought as a Tanzania-licensed boxer.

“Undoubtedly, this revelation has complicated the issue and Harrison Nii Lartey must consequences of his own misconduct,” the GBA statement said.

“Notwithstanding the seriousness of his misconduct the GBA hereby a total ban from all GBA remaining and imposes on him (Harrison Lartey) organised functions period of the 5 related activities for years ban is already serving. He is also expected not to visit any boxing gym or facility under the jurisdiction of GBA”.

He has also been banned from every boxing gym and facility under the jurisdiction of GBA for the period.

A video of the bout sees Lartey collapse to the canvas inside the first minute of Round 1 after Edilov barely connects with a left jab.

The Ghanaian remained motionless on the canvas, forcing the referee to end the fight.

Lartey, 29, has now been stopped in his last four fights and has a record of 14 wins, five losses and zero draws.

Watch the KO below;