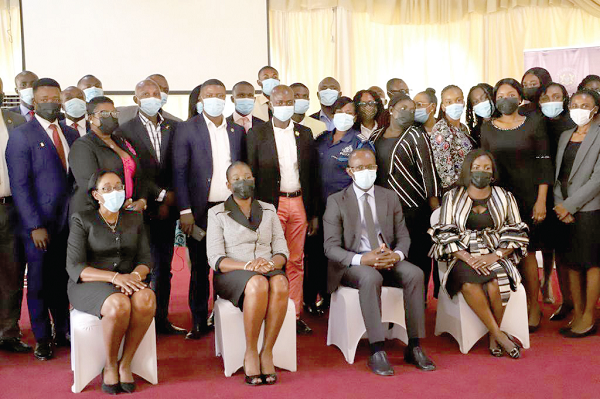 Ghana placed third on the Global Cybersecurity Index (GCI) in Africa, behind Mauritius and Tanzania, with a score of 86.69 per cent, covering the period 2019-2020.

This was contained in the 2020 GCI Report of the International Telecommunications Union (ITU).

Since the launch of the GCI in 2015, it has been a trusted reference, measuring countries’ commitment to cybersecurity and raising awareness of its importance.

The level of each country’s development or engagement is assessed along the five strategic pillars of the ITU’s global cybersecurity agenda (GCA) – legal, technical, organisational, capacity building and international cooperation.

Another area where the country showed commitment in the fight against cybercrime was the deployment of the cybercrime incident reporting points of contact (PoC) to enable individuals and organisations to report cyber-related incidents with ease.

Speaking at a seminar in Kumasi in the Ashanti Region, the acting Director-General of the National Cybersecurity Authority, Dr Albert Antwi-Boasiako, said the country’s current score on the metric showed major progress from the previous ratings in 2017 and 2018 of 32.6 and 43.7 per cent, respectively.

Among the participants were state prosecutors and investigators from the northern zone.

Dr Antwi-Boasiako said the progress Ghana was making in cybersecurity was a confirmation of the government’s investment in the sector, adding: “Ghana’s third place ranking in Africa is a major leap from the 11th place attained in the previous rating and projects it as being among the best on the continent and the world.”

He mentioned some of the key interventions meriting the country’s position to include the revision of the national cybersecurity policy to provide direction and the passage of the Cybersecurity Act, 2020 (Act 1038), which seeks to regulate cybersecurity activities in the country, promote its development and related matters.

Other interventions, Dr Antwi-Bosiako said, were the institutionalisation of cybersecurity to foster domestic cooperation and collaboration, the ratification of relevant cybercrime international conventions and treaties, such as the Budapest and the African Union conventions on

The rest are the development of Ghana’s computer emergency response team (CERT) ecosystem and capacity building and awareness creation.