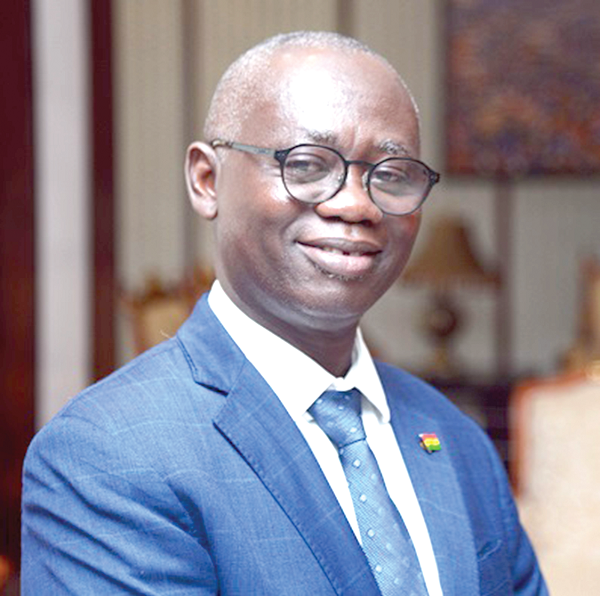 The management of the Ghana Education Service (GES) has promoted four Best Teacher Award winners for their outstanding performance in teaching and learning leading to the development of education in the country.

Each of the teachers was promoted from their current rank to the next rank ahead of them as a means of motivating them and encouraging other teachers to appreciate the need to work hard.

Three of those promoted were teachers who won awards at last year’s Ghana Teachers Prize while the other one was the winner of last year’s edition of the African Union Best Teacher award.

She was the 1st runner-up for the 2020 Ghana Teacher Prize award.

Miss Sandra Osei, a teacher at Akwatia Technical Institute in the Denkyembour district in the Eastern Region, was also promoted out of turn to the grade of Assistant Director I from Assistant Director II. She was also the 2nd runner-up for the 2020 Ghana Teacher Prize award.

Mr Eric Asamoah Asante, who was the 2020 Best Teacher at the Ghana Teacher Prize and a teacher at Naylor SDA Basic School in Tema in the Greater Accra Region, was also promoted out of turn to Assistant Director I.

The 2020 African Union Best Teacher, Miss Theodosia Larkai Oppong, a teacher at the Aburi Girl’s Senior High School in the Akuapem South District in the Eastern Region, has also been promoted out of turn to the grade of Deputy Director from Assistant Director I.

The news about their promotions was contained in promotion letters to the four teachers dated September 28, 2021 and signed by the Director-General of the GES, Prof. Kwasi Opoku Amankwa.

The Deputy Director-General, GES, Mr Anthony Boateng, briefing the media about the promotions, stated that the gesture was a sign of appreciation by the GES to the teachers for their dedication to the service leading to the attainment of such feats.

He hinted plans by the GES management to make the promotion of the Ghana Teacher Prize winners a regular feature to boost the morale of all teachers to strive to win any of such awards.

The promotion of teachers in the pre-tertiary level in the country is done after the teachers have spent at least four years after the last promotion before qualifying for the next rank.

After qualifying for the next rank, the teacher applies for promotion and is offered the opportunity to be assessed by the GES before being promoted to the next rank.

With the promotion of these four teachers, the GES decided to use what is called ‘out of turn’ which means that they were being promoted irrespective of when they were last promoted as a means of appreciation and motivation to the teacher to work extra hard at all times.