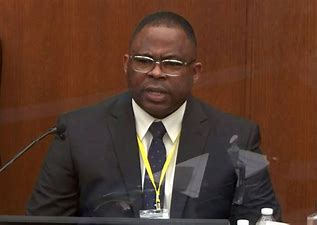 An expert witness has testified that “excessive” force was used by ex-officer Derek Chauvin during the arrest of unarmed black man George Floyd.

Sgt Jody Stiger, a use of force expert for the Los Angeles Police Department, said that “deadly force” was used after Mr Floyd was placed in handcuffs.

Mr Chauvin, 45, was filmed kneeling on Mr Floyd for over nine minutes during Mr Floyd’s arrest last May.

He is on trial for murder and has denied the charges against him.

The footage of Mr Chauvin, who is white, with his knee on Mr Floyd’s neck sparked global protests against racism.

The trial is in its second week and is expected to last for at least one month. The defence is due to begin arguing its case next week.

Prosecutors continued to argue that Mr Chauvin had used undue force, while the defence team sought to draw attention to Mr Floyd’s alleged drug use, claiming he could be heard saying “I ate a lot of drugs” in bodycam video.

As police officers are rarely convicted or charged at all for deaths that occur in custody, the verdict in this trial is being seen as an indication of how the US legal system will treat such cases in future.