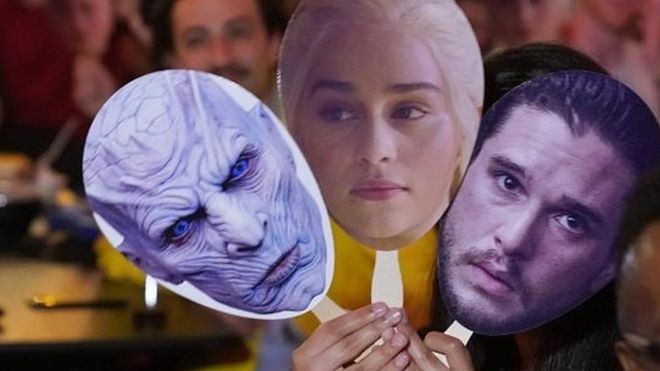 Sky has apologised to Game of Thrones fans after it had problems streaming the show via its Now TV app on Apple TV set-top boxes.

The issue coincided with the highly anticipated premiere of season eight of the fantasy series on the firm’s UK internet service.

Some users were unable to log in at all while others were shown poor quality video with smeared colours and green digital artefacts spoiling the image.

Other overseas apps also had glitches.

A spokesman for Sky said that only a minority of its overall Now TV user-base had been affected over the course of Monday evening but was unable to provide a detailed explanation for the fault.

“We know how big an event Game of Thrones is and we’re sorry some fans had problems watching it on Apple TV,” he added.

“We fixed it as quickly as possible and have put in place extra measures to make sure it doesn’t happen again.”

The programme had been available for most of Monday daytime after going live on the service at 03:00 BST.