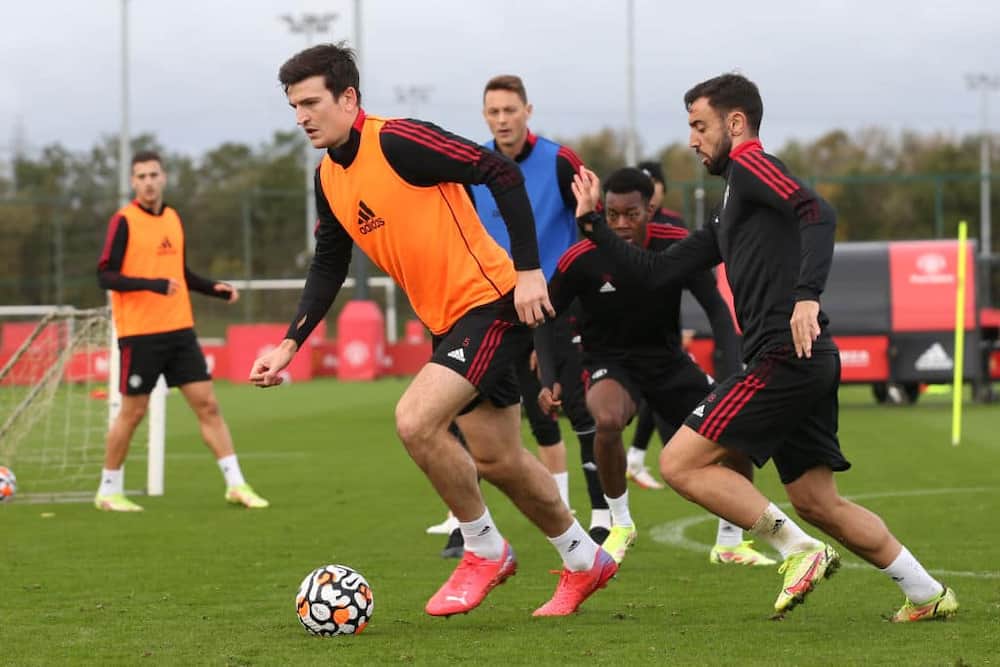 Ex-Manchester United defender Paul Parker has told Ole Gunnar Solskjaer to drop Harry Maguire from the squad that will battle Tottenham Hotspur this weekend. The 57-year-old wants the Red Devils boss to pair Raphael Varane with Victor Lindelof in the heart of their defence after Maguire’s horror show against Liverpool in their last outing. Parker also suggested that the Norwegian-born tactician start Edinson Cavani and Donny van de Beek for the game against Spurs.

The retired England star describes the game as a ‘mini-cup final’ and he has advised that Solskjaer avoid sparking toxicity out of United fans. Parker was quoted by UK Metro speaking with Eurosport. Download Sradio5 app on Google Play now and stay up-to-date with all major Ghana news What Paul Parker said about Maguire “It’s going to be a mini cup final. Neither manager can afford to lose it. He has to make changes, because if he doesn’t it will cause a toxic atmosphere amongst the travelling fans looking for a change. “Solskjaer needs to make changes and the right changes. You can’t leave out Cristiano Ronaldo but he has to play Edinson Cavani to get some work rate up front.

“Ronaldo does not want to close down but Solskjaer has to try something in midfield. He does not need two holding mids against Spurs.

“If it was me I would go with Fred because of his quicker feet and Donny van de Beek. I saw him play there against Spurs for Ajax and he was brilliant but he needs a run in the team. “If Raphael Varane is fit I would play him alongside Victor Lindelof. I saw less issues with him than the other three in the Liverpool game. It’s terrible what happens with Maguire and Shaw down the left-hand side. Neither can defend one against one, communicate or defend space.