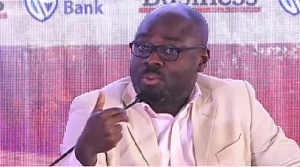 A Finance lecturer at the University of Ghana has observed that it would be problematic to cap the number of banks that can operate in the country.

Dr. Lord Mensah explained that financial expansion to the rural areas is not fully completed; “we are still penetrating,” he said.

This he noted will ensure that those outside the “triangular economic structure” of the country, that is, Accra, Takoradi and Kumasi are not left out.

“So if you cap it and the 23 banks are all operating within the triangular economic structures, you are limiting those that are outside,” Dr. Mensah told JoyNews’ PM Express programme on Thursday.

He added that regulations surrounding the establishment of banks should, however, be strictly adhered to by both the applicant and the regulator.

“Everything required of you to enter must be on the table before you enter,” asserted.

Dr. Mensah was speaking on the back of the reforms by the Bank of Ghana to clean up the financial sector.

Governor, Philip Addison led the process to revoke the licenses of nine banks within a year due to various liquidity challenges.

The BoG claimed some of the banks should not have existed. “They acquired their licenses by false pretenses; presenting non-existent capital,” Dr. Addison told the media.

The nine banks have since been merged to form the Consolidated Bank Ghana, owned by the state.

As part of reforms, the minimum capital for banks has been raised from GH¢120 million to GH¢400 million.

To further purge the space, the licenses of 23 Savings and Loans companies were revoked in August.

Owner of GN Savings, Dr. Ndoum has been fighting the BoG’s reasons for closing his company.

The Central Bank insists, amidst criticism from the affected employees of the defunct institutions and opposition Parliamentarians that the reforms have increased depositors’ confidence in the final sector.

Some experts also insist that to increase confidence in the institutions, a cap should be placed on their number to avoid giving licenses to unqualified persons.