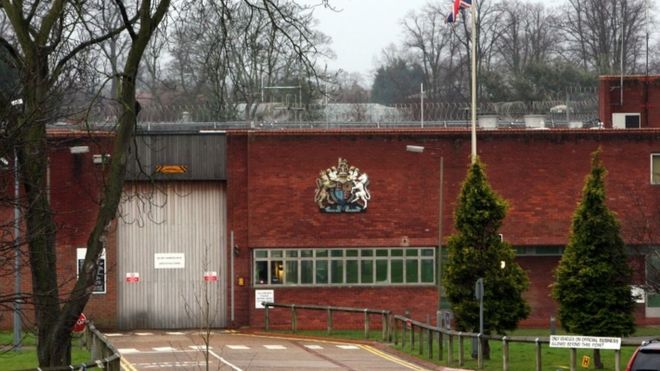 Thirteen prison officers had to be taken to hospital after being assaulted by teenagers at a young offenders institution (YOI), it has emerged.

The officers were among about 20 staff attacked during an outbreak of violence at the weekend at Feltham YOI in west London.

One officer suffered a broken nose and another was concussed after being repeatedly punched.

The Prison Service said the assaults were “completely unacceptable”.

Several members of staff were bitten during the disturbance in the section of the YOI known as Feltham A which accommodates 150 boys, most of whom are aged 16 and 17.

The other part of the facility, Feltham B, holds young offenders aged 18 to 21.

A prison minibus was used to drive injured officers to hospital – they were all later discharged.

The prisoners involved will face adjudication hearings in the next 72 hours and could be referred to the police.

A Prison Service spokesperson said: “We will never tolerate violence against our staff and will push for the strongest possible punishment, which could lead to them spending more time behind bars.”

It also offered its sympathies to the “hard-working and committed” staff who were caught up in the violence.

Mark Fairhurst, chairman of the Prison Officers’ Association (POA), said violence had been escalating at Feltham for a number of weeks partly due to changes in the way it deals with inmates who misbehave.

Until December last year, they could be locked in a cell in the segregation block, known as the Care, Separation and Reintegration Unit, which is located in Feltham B.

But after the High Court ruled in 2017 that a 16-year-old had been held unlawfully in the block, and inspectors described the regime there as “impoverished” and “punitive”, its use for younger boys was reduced and eventually stopped.

Mr Fairhurst criticised the decision saying the lack of effective punishments for the most challenging prisoners was putting staff at risk.

“We shouldn’t be afraid to use sanctions,” he said.

He tweeted that the POA would “support staff and push for prosecutions”.