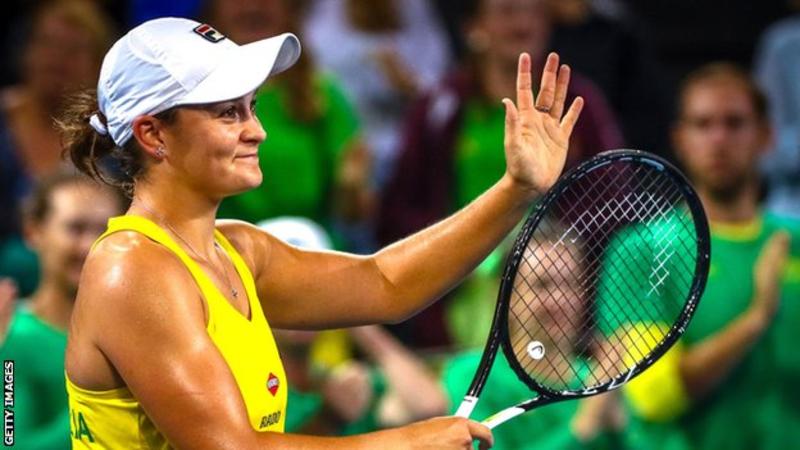 Australia reached their first Fed Cup final for 26 years with a 3-2 win over Belarus in Brisbane.

In November’s final, Australia will host France, who beat favourites Romania 3-2 on Sunday.

French Open champion Simona Halep won both of her singles matches for Romania but victories for France’s Kristina Mladenovic and Pauline Parmentier – against Mihaela Buzarnescu and Irina-Camelia Begu respectively – meant the tie went into a doubles decider.

Mladenovic and Caroline Garcia, who had not played together since the 2016 Fed Cup final after a public fall-out, came from behind to beat Halep and Monica Niculescu 5-7 6-3 6-4 and clinch victory for two-time champions France.

Romania, who beat defending champions the Czech Republic in an epic quarter-final, had been bidding to reach their first final.

France’s most recent Fed Cup title was in 2003, while Australia won the last of their seven titles in 1974.

Australia’s team of Rennae Stubbs, Elizabeth Smylie and Nicole Provis lost 3-0 to Spain in the 1993 final.

“It’s super exciting. We all work so hard all year and we’re such a tight team,” said Stosur. “We’re going to be giving it our best shot here in November.”