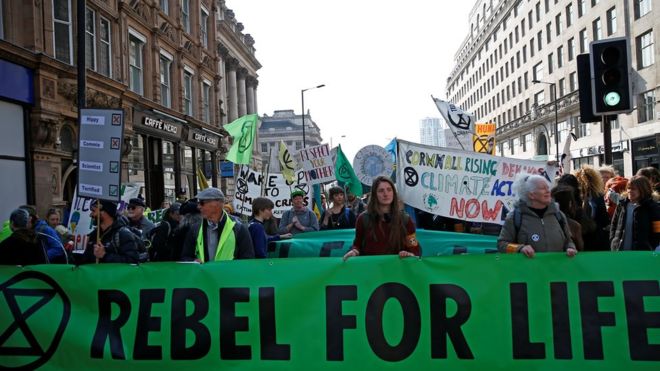 Members of campaign group Extinction Rebellion have targeted the bridge and Oxford Circus as part of a global day of action.

Yen Chit Chong, from Extinction Rebellion in London, said: “This is our last best shot at survival.”

Police have advised people travelling into London to allow extra journey time. No arrests have been made.