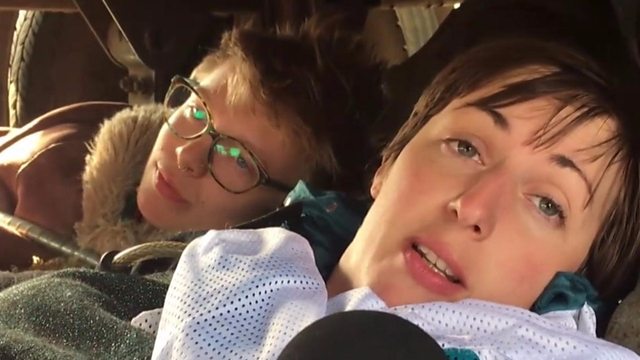 More than 120 climate change activists have been arrested for blocking roads in central London, amid protests aimed at shutting down the capital.

A second day of disruption is under way after Extinction Rebellion campaigners camped overnight at Waterloo Bridge, Parliament Square and Oxford Circus.

Police said 500,000 people had been affected by the diversion of 55 bus routes in London.

Campaigners have been ordered to restrict their protests to Marble Arch after they caused widespread disruption on Monday.

“At this time we have made a total of 122 arrests… 117 were on Waterloo Bridge last night and in the early hours of this morning,” he added.

Motorists face gridlocked traffic on a number of alternative routes, such as Westminster Bridge and Blackfriars Bridge.

Transport for London warned bus users that routes would remain on diversion or terminate early.

Extinction Rebellion said it wants to “shut down London” until 29 April in a series of protests.

It called for “reinforcements” to help maintain the roadblock at Waterloo Bridge on Tuesday.

Hundreds of protesters tried to hinder the police effort to move them on, including four who glued and chained themselves under a lorry parked on the bridge.

Ben Moss, 42, from Islington, north London, said he had glued himself to the bars of the lorry as “personal action to the moral issue of the climate crisis and ecological collapse”.

“I’m doing this because I want the government to do something. I’ve got a week off work – if more is necessary I can make my excuses,” he added.