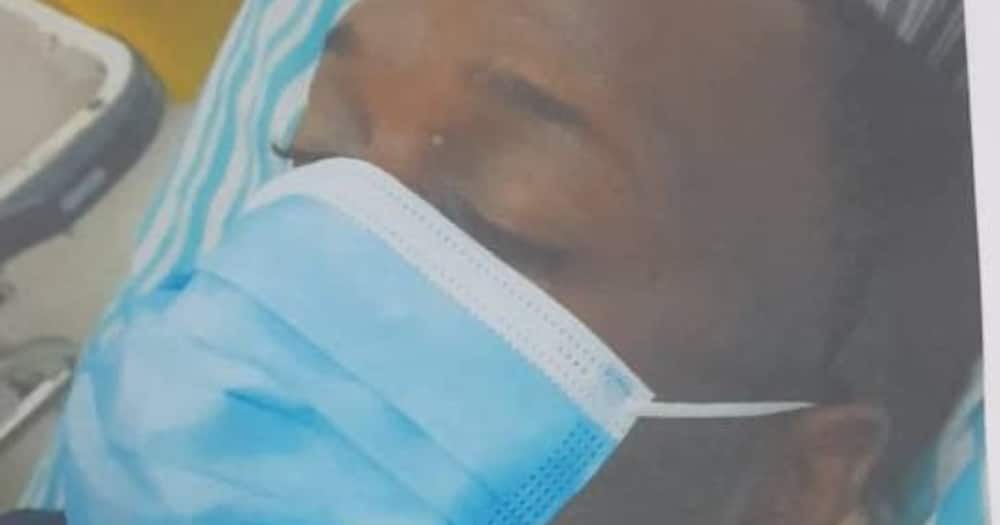 A recent publication by Citi Newsroom has shared that an unwell young Ghanaian man known as Eric Henyo requires Ghc70,000 after falling from the roof of a building while working.

The report shared that the 34-year-old young man sustained a head fracture. The sad incident occurred when he was helping his father with a leakage repair contract, Citi Newsroom shared.

After the father and son completed the work, a part of the roof caved him resulting in Eric falling with his head hitting the floor.

He was rushed to the hospital right after. The results from his scan indicate he suffers from an anterior and posterior cervical spine fusion which puts him at risk of permanent paralysis of his arms and legs., Citi Newsroom reported. The family of Eric raised Ghc6,000 through a kind giver for his scan.

They are therefore asking the general public to help out with any amount possible. Eric’s background According to the publication, Eric is a past student of Kings University College, where he pursued a bachelor’s degree in Business Administration. After completing school in 2015, he went without a job for six years until he landed one in Takoradi, which came without a salary for three months due to probation.

The young man decided to return home to Accra to work with his father as a carpenter until the unfortunate accident. Eric Henyo’s family is asking anyone who can help to forward the funds to 0245193 547 registered with the name Eric Henyo or to 0243504381 (Francis Tutu). Sradio5 earlier reported that a matatu driver has been left with injuries after jumping off the rooftop of a four-storey building to escape a baboon attack.

Dickson Maina, who is a resident of Kayole said he heard a commotion from outside of people screaming after seeing the baboon and curiosity got the better part of him that he climbed to the rooftop to see the animal. In a viral video, once he was on the top, the animal came towards him and the man jumped off the building to evade the visibly hostile mammal.