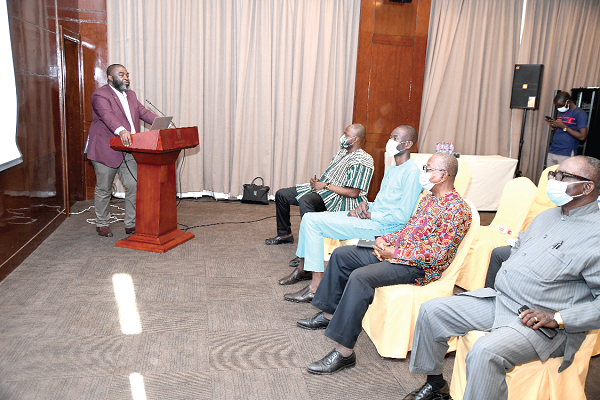 The Ghana Institute of Planners (GIP) has identified the weak enforcement of legislation on the built environment as the greatest threat to building sustainable cities in Ghana and Africa.

It said while law enforcement was the key driving force for building sustainable cities, governments and city authorities had failed to enforce existing legislation on spatial planning, traffic management and other development planning issues.

Speaking at this year’s World Town Planning Day in Accra last Monday, a senior partner at AB and David Africa, a pan-African business law firm, Mr David Ofosu-Dorte, said the lack of enforcement of legislation on urban planning in particular had led to indisciplined behaviours and created a myriad of development challenges, including gridlock at city centres.

He observed that the politicisation of development planning was the main cause of weak law enforcement.

“We politicise development planning, and once we do so, the town planners cannot enforce the law.

The law is there, but when the town planners realise that their bosses are the ones doing the wrong things, then the law is not enforced,” he said.

He said there was the need for strong leadership and high-handedness by city authorities to enforce the law, irrespective of whose ox was gored.

“No city develops when there is no strong hand to enforce laws or when people are not willing to conform to the laws.

Law enforcement is the key driver for building sustainable cities; and if you enforce the limited laws that you have, we can add five per cent to our GDP,” he said.

Making specific reference to the gridlock in Accra, Kumasi and other cities, he said the congestion was the function of a multiplicity of factors, including indiscipline, poor road design and the lack of a mass transport system.

He said there should be systems in place to promote mass transit and limit the number of vehicles that went into the city centre.

“If we have a situation where we make it expensive for people to drive to town by making parking spaces expensive, fewer people will ride to town,” he added.

Responding to a question on whether or not the situation in the capital city was too bad, he said all was not lost.