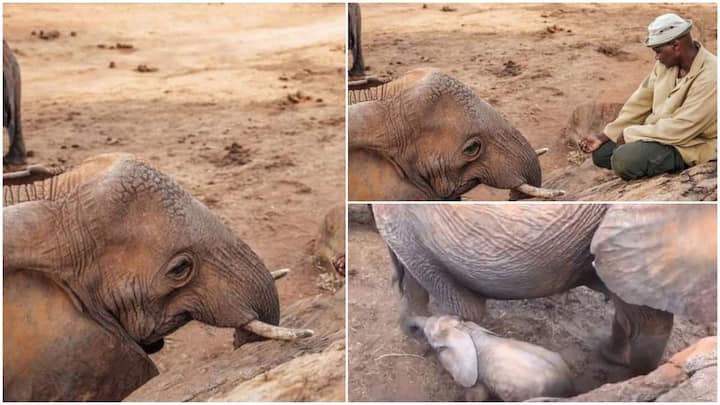 An orphaned elephant was found two decades ago as a baby by volunteers of the Sheldrick Wildlife Trust in Kenya. Stranded and alone, the organisation took the infant animal into their care. While at their nursery, a man, Benjamin, became the animal’s caregiver, Global Positive News reports.

Sunyei returned with a baby Every day, Benjamin will see to the welfare of the baby, later named Sunyei. Sunyei was not the only infant in the nursery, there were others too.

The baby elephant grew up well and was released into the wild in 2009. A decade after and to everyone’s amazement, the animal returned to see Benjamin. This time around, Sunyei brought her newborn baby as some kind of way to introduce her to Benjamin. Sheldrick’s director, Rob, said that it seems the animal never forgot her old friend.