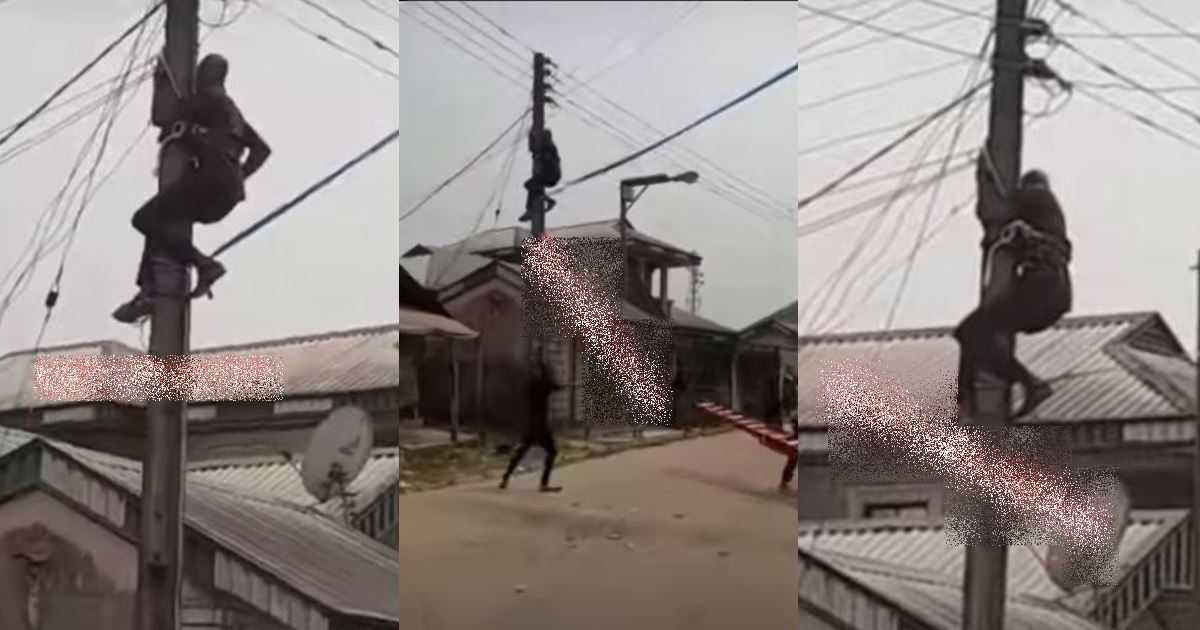 An electricity official was left stranded after he was dispossessed of the ladder he used to climb to the pole by residents.

The official was there to disconnect them from the national grid for failing to pay their bills but residents decided to leave him hanging on the pole by taking the ladder away.

A video gives an account of a rather joyous youth who looked on and made a mockery of the official as he hanged loosely on the pole.

According to residents, these officials have been making lives unbearable for them by cutting off their lights even when they have settled all their bills.

The incident happened in Nigeria.

Check Out Video Below For More…