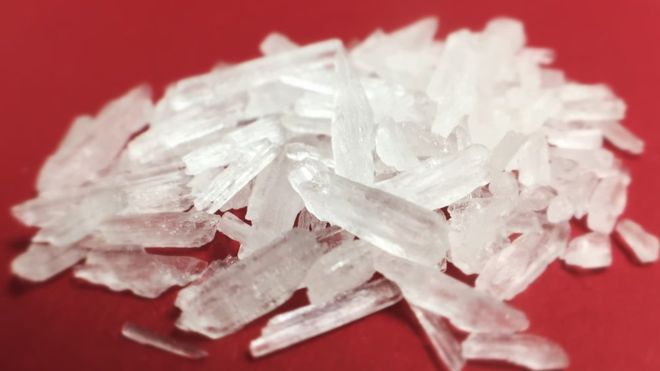 An elderly couple in Australia has mistakenly received a parcel containing A$10m (£5.4m; $7m) worth of methamphetamine.

The confused couple called police after finding bags of white powder in the parcel, the Australian Broadcasting Corporation (ABC) reported.

The bags contained about 20kg (44lbs) of the drug, police in Melbourne say.

Detectives later arrested a man at a nearby house, where another 20kg of amphetamine was found.

Melbourne police spokesman told ABC that the couple had been “unsure of the significance of the find” and that officers were “assuring them that they’ve done absolutely nothing wrong”.

Following the discovery, a 30-year-old local man was arrested in the suburb of Bundoora. He was later charged with importing amphetamine.