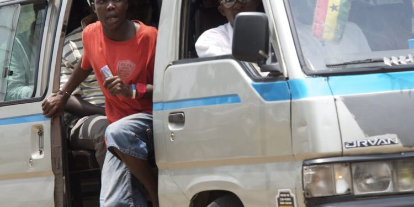 It has thus advised the general public to be measured in their expectations for a reduction in transport fares.

The union is also accusing the government of acting in bad faith despite contractual assurances of stabilizing the prices of fuel that will lead to maintaining transport fares at least in the short term since they were last increased in June 2021.

Reacting to the removal of the Price Stabilization and Recovery Levies (PRSL) on petrol, diesel, and LPG for two months as approved by the National Petroleum Authority (NPA), the GPRTU’s General Secretary, Godfred Abulbire Adogma said the move in its marginal nature does not warrant a corresponding reduction in the cost of transportation.

Speaking on Eyewitness News, he said “we think, for now, the margin they are going to reduce per litre which has not been removed completely but just for two months to us, is not all that significant. So right now, the 16 pesewas reduction in the  Price Stabilization and Recovery Levies will not create any more impact to us than we expected and that will not cause us to reduce any lorry fare”.

NPA has said the two levies have been removed for two months to cushion consumers following the consistent increases of crude oil on the international market.

However, Godfred Abulbire Adogma says he is yet to come to terms with how the reduction benefits the union and the passengers by extension.

“We completed negotiations with the sector Ministry around June and lorry fares were adjusted around 30 percent at that time. When the lorry fares were adjusted, in that contract that we all signed, the assurance was that, the government was going to make sure that all petroleum products were stabilized and that they were not going to be adjusted within the shortest possible time. But from June, I can say that there have been several adjustments.”

Meanwhile, the GPRTU says it is taking steps to meet with the government over the series of levies imposed on fuel products.

Fuel prices have in the past few months witnessed upward and downward adjustments, with the recent being an increase of 2.59%, a situation, industry players have criticized.

Mr. Abulbire said any significant increase in petroleum prices would be passed on to commuters.