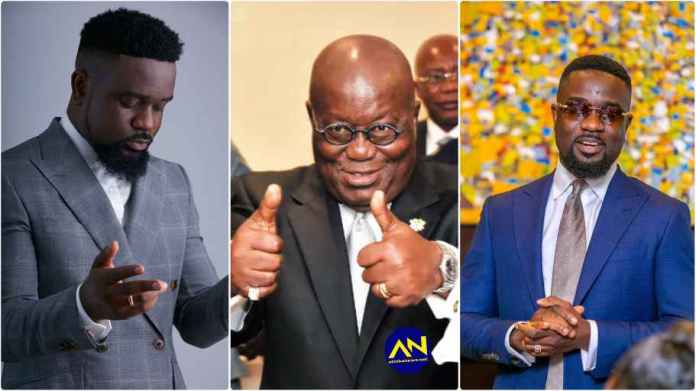 Ghanaian rapper Sarkodie has incurred the wrath of some social media users with his latest tweet about hardship in Ghana.

In the tweet sighted by AtinkaNews the rapper criticised the government and said people are going through a lot in the country.

He said all that is needed is that the government would create the right environment for people to do their work (hustle).

Sarkodie added that it was high time the government also became productive.

Taking to Twitter, he wrote, “the people are going through it !!! We always do !!! All we ask for is the right environment to hustle/ be productive …”.

The tweet has since caught wild attention on social media over concerns that the rapper is one of the entertainers who campaigned for the NPP to win power again in the 2020 election.

“No be u talk us say Nana Addo Toaso huh? Npp supporter dey hide under dey come tweet wey condemnation no dey inside. Make u condemn and stop dey hide dey right things wey no get sense inside” a Twitter user wrote.

See the tweets below for more of what some fans have been saying on the microblogging platform.