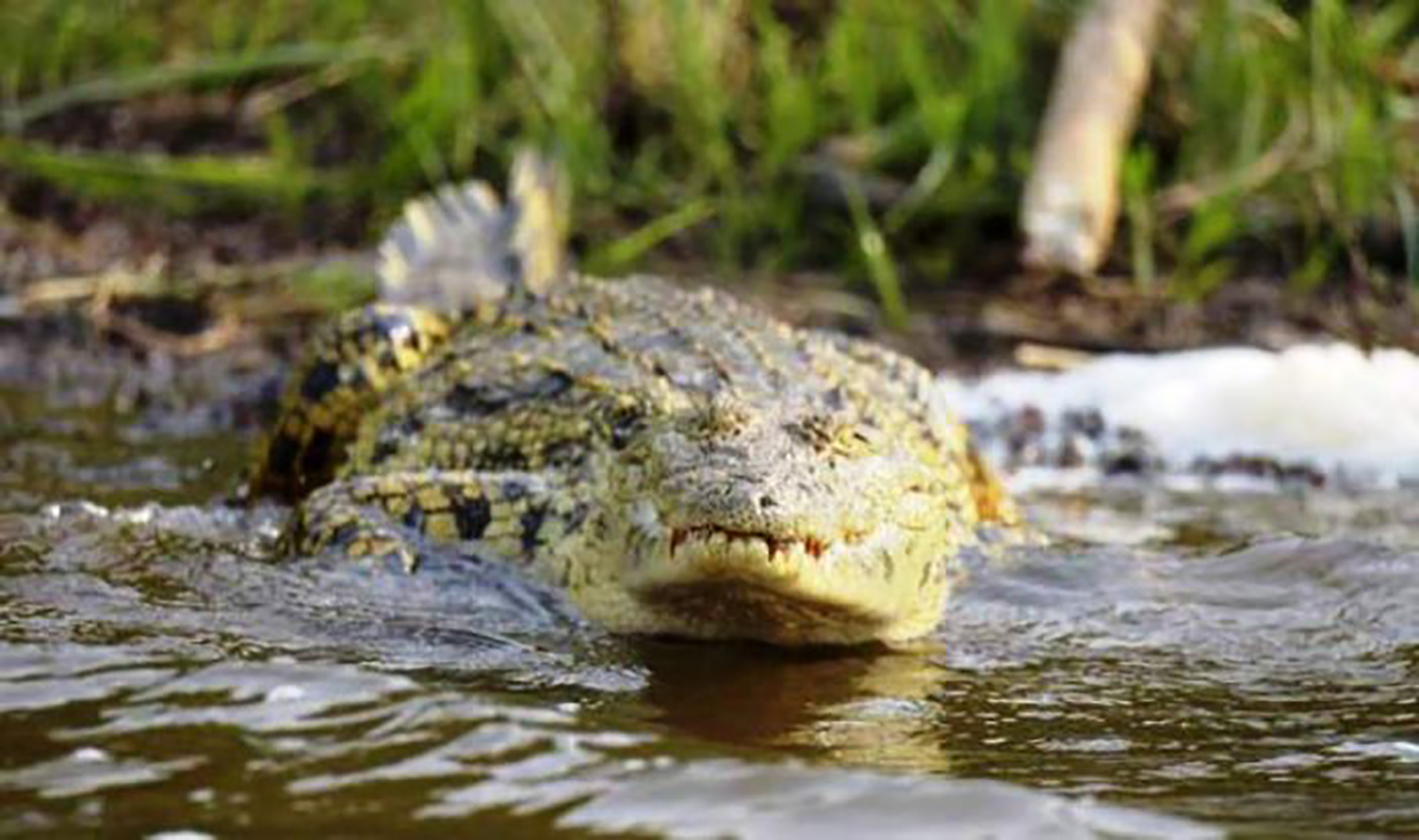 A teenage British backpacker has been mauled by a crocodile while travelling with friends on a gap year holiday in southern Africa.

Amelie Osborn-Smith, from Andover, Hampshire, had been enjoying a day of white water rafting in the Zambezi River below Victoria Falls in Zambia when she was attacked by the 10ft beast which put her into a ‘death roll’.

Speaking exclusively to MailOnline, the 18-year-old’s father said that his daughter had been resting her leg over the side of the boat when the crocodile clamped its jaws around her calf and dragged her under the water.

Brent Osborn-Smith, 60, an Army Major-turned-osteopath, said: “The crocodile saw her leg dangling in the water and thought ‘there’s lunch’.

Amelie Osborn-Smith, 18, who is the daughter of a German Baroness, was rafting in the Zambezi River below Victoria Falls, Zambia, when she was attacked by a 10ft crocodile.

Amelie (pictured) is in hospital in Zambia where she had life-saving surgery and is awaiting to fly back to the UK for further treatment.

She has a badly injured leg, according to her father.