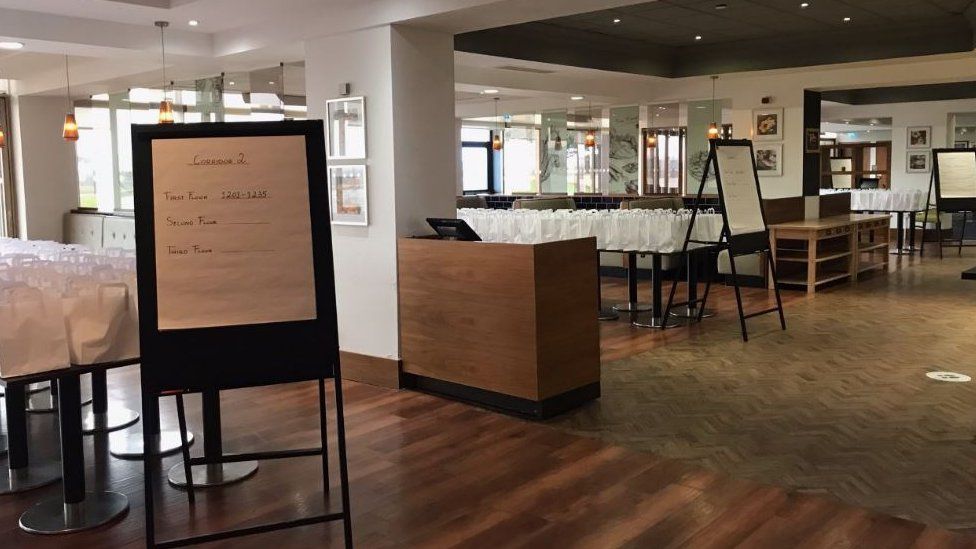 All British and Irish citizens and UK residents who arrive in England after being in a high-risk Covid country now have to quarantine in hotels.

The new regulations, which aim to stop Covid variants entering the country, apply to arrivals who have been in one of those places in the past 10 days.

To spend 10 days quarantined in government-sanctioned hotels, they would need to pre-book and pay £ 1,750.

That covers the hotel, transportation and testing costs.

Health Secretary Matt Hancock said the advent of new variants meant that, with its travel restrictions, the government “must go further”

So far, the government says it has signed agreements with 16 hotels, providing 4,963 rooms for the new quarantine system, with another 58,000 rooms currently on standby.

Mr. Hancock said, “The rules coming into force today will bolster the quarantine system and provide another layer of security against new variants at the border,”

On Sunday, the government declared that its first coronavirus jab had been received by more than 15 million citizens in the United Kingdom, in what the prime minister described as a’ important milestone.’

How will the hotel quarantine in England vary from Australia’s?

What are the latest international travel laws and fines?

‘Significant holes’ in strategy for hotel quarantine
Meanwhile, instead of only those from the 33 “high risk” countries, all travelers arriving in Scotland from abroad by air now have to go into quarantine hotels.

People travelling to Wales and Northern Ireland from the Red List countries would be forced to book and pay for quarantine in England, as there are no direct international flights to either destination.