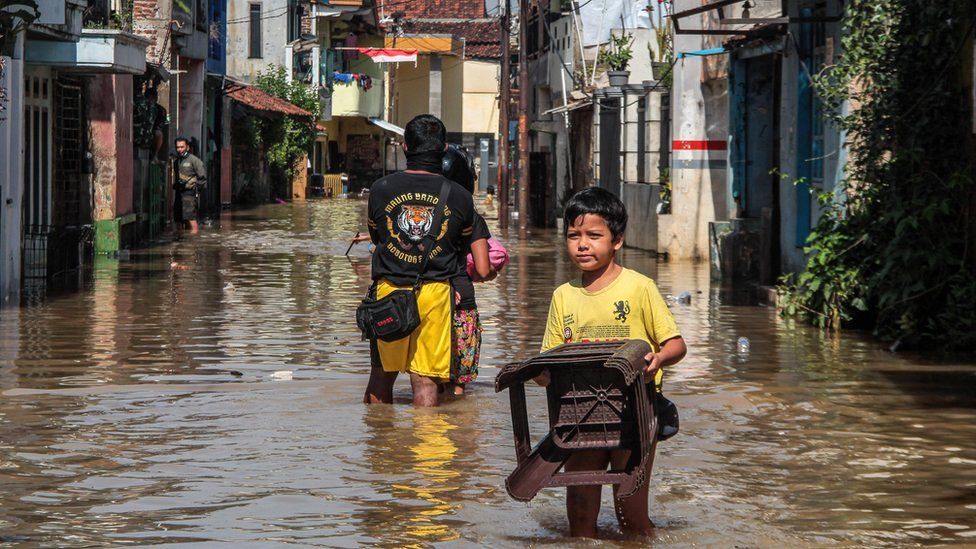 Negotiators in Glasgow are poring over a new draft agreement aimed at averting the worst impacts of climate change.

The COP26 talks were due to finish on Friday, but sticking points – especially on fossil fuels and on financial help to poorer nations – mean they have overrun.

Key language on phasing out coal use has been kept in the latest text.

But it remains unclear if the draft will lead to a deal later on Saturday – or to further negotiations.

Scientists say that limiting temperature rise to 1.5C compared to pre-industrial levels will protect us from the most dangerous impacts of climate change. It is a key part of the 2015 Paris agreement that most countries signed up to.

Meeting the goal requires global emissions to be cut by 45% by 2030 and to zero overall by 2050. One example of the impact of global temperature rise above 2C is the death of virtually all tropical coral reefs, scientists say.

The new version of the agreement released on Saturday continues to refer to “accelerating efforts towards phase-out of unabated coal power and inefficient fossil fuel subsidies” – watered-down commitments that have been criticised by campaigners, even though some observers underlined that it is the first time coal is explicitly mentioned in UN documents of this type.

China and Saudi Arabia are said to be among a group of countries seeking to remove references to fossil fuel subsidies.

Earlier drafts of the deal had also promised more money to developing nations for adapting to extreme weather and sea level rise.

Promises in Glasgow will not be enough to limit global warming to 1.5C. One estimate by the Climate Action Tracker calculated that the planet is still set to warm by 2.4C if the current pledges are all met.

The major takeaways from this latest draft are that – barring a few tweaks – the key passages about ambition and fossil fuels remain intact.

However, what may turn out to be an important issue is the lack of a funding facility for what’s known as “loss and damage”.

This issue is about the impacts of climate change that developing countries can’t adapt to, like long term sea level rises or a sudden storm.

The nub of the concept is the link to the centuries of carbon dioxide emissions from richer countries that have contributed to the problem. Developing countries say this means the developed world should pay compensation for these impacts.

That idea is anathema to the rich, who fear being on the financial hook for ever.

The new draft says that instead of establishing a fund there should be a dialogue next year between parties to establish the arrangements for the money.

Many campaigners will not be happy with that, and there’s a feeling there could be a row.

Prof Saleemul Huq, the director of the International Center for Climate Change and Development, was not happy.

“The language on loss and damage has gone backwards from yesterday’s text. It seems the COP26 Presidency has been nobbled behind closed doors by the US,” he tweeted.

Among the first to react to the latest draft text was Tracy Carty, head of Oxfam’s COP26 delegation, who said it was not good enough, and more negotiations would be needed. “Here in Glasgow, the world’s poorest countries are in danger of being lost from view, but the next few hours can and must change the course we are on. “We need the strongest possible outcome to ensure governments come back next year with strengthened emission reduction targets that will keep 1.5 degrees alive. And decisive progress on finance to help countries adapt and for the loss and damage endured. It is of deep concern that developing countries’ proposal for a loss and damage finance facility has not been included in this new draft.”

On Friday, the climate minister of Tuvalu, which is particularly vulnerable to rising sea levels, made an emotive plea, saying his nation was “literally sinking”.

“It is a matter of life and survival for many of us, and we implore that Glasgow must be the defining moment. We must not fail,” Seve Paeniu said, to a rapturous reception.

Climate finance, or the money promised by richer countries to poorer countries to fight climate change, continues to be one of the most contentious points. In 2009, developed nations pledged to provide $100bn per year to emerging economies by 2020. But this target was not met.

Despite the promises made at COP26 so far, the planet is still heading for 2.4C of warming above pre-industrial levels, according to a report by Climate Action Tracker.

What has been agreed at COP26?

A series of agreements between groups of countries have been announced so far: