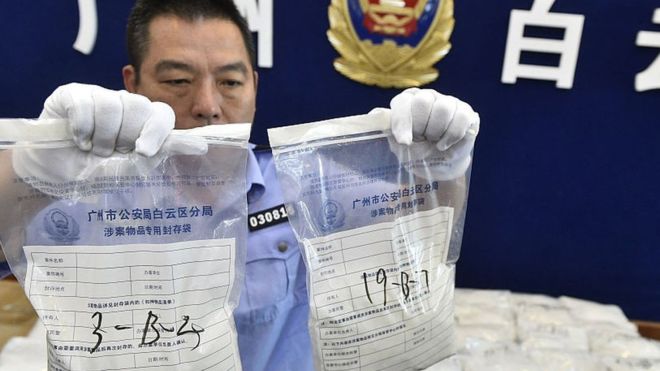 A court in China has sentenced a Canadian citizen to death for producing and trafficking methamphetamine.

Fan Wei, whose gender was not specified, is the second Canadian to be sentenced to death this year. Ten others, including five foreigners, were also sentenced on Tuesday.

Relations between Canada and China have been tense since the December arrest of a Huawei executive in Vancouver.

Canada has accused Beijing of arbitrarily applying the death penalty,

“Canada stands firmly opposed to the death penalty everywhere around the world,” she said.

“We think that this is a cruel and inhumane punishment, which we think should not be used in any country. We are obviously particularly concerned when it is applied to Canadians.”

The latest case is likely to further inflame the months-long diplomatic row which started when Meng Wanzhou, the daughter of Huawei’s founder, was arrested in Vancouver on the request of US authorities.

The Jiangmen Intermediate People’s Court in southern Guangdong province said that Fan Wei was the leader of the drugs ring. Another suspect, Wu Ziping, whose nationality was not made clear, was also given a death sentence.

Nine others, including an American and four Mexicans, were given jail terms.

Drug-dealing is punishable by death in China, and at least a dozen foreigners have been executed for drug-related offences. Many more are on death row.

However, the execution of Westerners is less common. One of the most high-profile cases involved British man Akmal Shaikh, who was executed in 2009 despite claims he was mentally ill and an appeal for clemency from the UK prime minister.