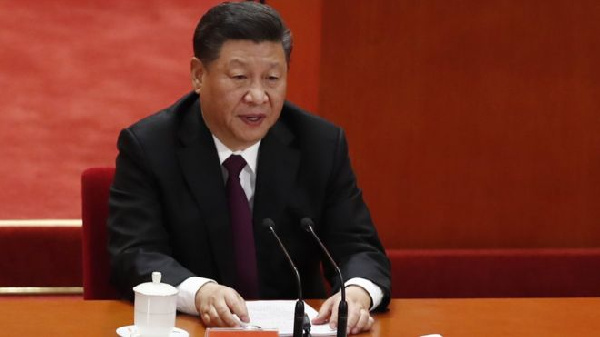 China plans to “optimize” the spread of its controversial Confucius Institutes, the government said, institutions to promote Chinese language and culture that have been criticized by some for spreading Communist Party influence.

In 2004, China began setting up the government-run bodies, whose stated mission is to satisfy soaring global demand to learn Chinese.

But they have drawn criticism, especially in the United States, for being little more than a propaganda arm of the ruling Communist Party, assertions denied by both the institutes and the government.

The Confucius Institute will remain a key government policy, a document on modernizing China’s education system issued late on Saturday by the party’s Central Committee and the cabinet showed.

“Optimists the regional distribution of the Confucius Institute, strengthen its abilities and building, and fully raise its educational standards,” they said in the statement, released by the official Xinhua news agency late on Saturday.

“Strengthen work on the teaching of Chinese internationally,” they added, without giving details.

Such broad statements are typically followed weeks or even months later by more detailed policy documents that focus on implementation.

Some U.S. legislators, including Florida Senator Marco Rubio, have been critical of the more than 100 Confucius Institutes hosted at universities across the United States, calling them a vehicle of Chinese influence on international higher education.

Some major U.S. colleges, including Pennsylvania State University and the University of Chicago, have cut ties with the institute after professors complained its programs were Chinese propaganda wrapped in culture and language education.

The document added that China would improve educational opportunities for students from countries in the Belt and Road initiative, speeding up the grooming of international talent and helping foreign students return home to better job prospects.

China opened its first so-called Silk Road School last year in Suzhou in the eastern province of Jiangsu. About 100 students from countries in the initiative received scholarships as they study China’s economy, politics, law and culture.

Students from Belt and Road countries such as Pakistan and Nepal are also eligible for scholarships to other universities in China.

The Belt and Road initiative, championed by President Xi Jinping, aims to link China by sea and land with southeast and central Asia, the Middle East, Europe and Africa, through an infrastructure network on the lines of the old Silk Road.

Aside from boosting trade and investment, Xi aims to boost exchanges in areas such as science, technology, culture and education.