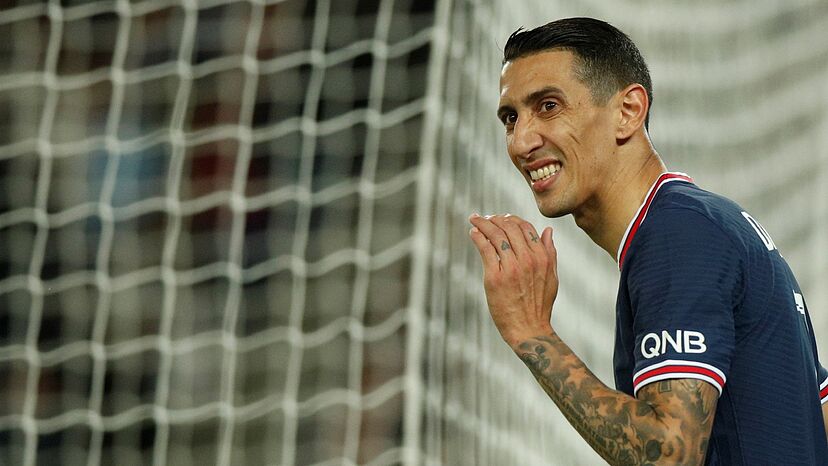 All the latest updates from Red Bull Arena

Paris Saint-Germain sit top of Group A in the Champions Leagueand have the chance to all but secure their place in the last 16 with a victory away at RB Leipzig on Wednesday night. The German side, meanwhile, sit bottom of the group after three straight defeats and need to pick up at least four points from their remaining three games if they are to continue in the Europa League. On this RB Leipzig vs PSG live blog, we’ll have all the updates from the Red Bull Arena.

Marquinhos does ever so well to cut out a promising RB Leipzig attack, when the German side had a three-vs-two opportunity. PSG break and create a half-chance for Mbappe, but he fires over.

Minute 46: Here we go for the second half in Leipzig!

We’re underway again in Germany, with the second half of RB Leipzig vs PSG. Let’s see if the home side can start the second period as well as they did the first as they look to mount a comeback.

Half time: PSG lead, but Mbappe misses a chance just before the break

After going behind early on to a header from their former player Christopher Nkunku, PSG have fought back thanks to Wijnaldum‘s first two goals for the club. Kylian Mbappe could have made it a larger half time lead, but had a one-on-one chance saved just before the break.

From their corner, PSG are able to take the lead. Marquinhos heads towards Wijnaldum and the Dutchman finishes for his second PSG goal, just after scoring his first. It’s flagged for offside at first, but VAR intervenes to give it.

Wijnaldum does well to set up Di Maria, who is denied by a super block from Orban. PSG have a corner.

Minute 35: PSG are a mess at the back

Almost every time RB Leipzig venture forward, they find a way through the Paris Saint-Germain back line. The visitors aren’t defending well at all and will have to find solutions.

The flow of the game has broken down, as both these teams commit foul after foul. Presnel Kimpembe and Danilo Pereira have gone into the book for PSG, with RB Leipzig upset that the latter wasn’t sent off. Meanwhile, Tyler Adams and his coach Jesse Marsch are booked for dissent.

We just said that RB Leipzig might rue letting PSG off the hook and that’s exactly what has happened. Wijnaldum is the one to finish it, but this is a nice team goal from the visitors to pull level at 1-1.

Minute 18: Yet another chance for RB Leipzig

RB Leipzig really should be a few goals up. They create another good chance with quick passing, but Nkunku fires over. They may rue these misses later.

This is the start of our RB Leipzig vs PSG live blog, with our updates from this Champions League group-stage game following on below. The updates highest up are the most recent ones, as we bring you pre-match build-up and then minute-by-minute updates.

Donnarumma is a penalty hero once again. PSG‘s poor start could have gone from bad to worse as they conceded a penalty, but Andre Silva‘s spot kick is well-parried by the Italian.

It’s the curse of the ex, as Christopher Nkunkuheads in an excellent cross from Andre Silva, who had done so well to pinch back possession for his side. It’s 1-0 to RB Leipzig, who have started better.

Orban has made two fouls already, inside these first five minutes. This time he takes down Neymar and the visiting players want an early yellow card to be shown. But, it isn’t.

It was probably offside anyway, but RB Leipzig have a very early opportunity. Donnarumma has to clear off the line and PSG just about clear their lines. That was a warning.

Here we go then! It was a thriller last time they met, with PSG edging it 3-2. Let’s see if RB Leipzig can do any better against a Messi-less PSG on home soil.

19:55 GMT: The players are waiting in the Red Bull Arena tunnel

It’s almost time for this big Group A Champions League, with the RB Leipzig and PSG players currently waiting in the tunnel. They’ll come out in just a moment and then we’ll have minute-by-minute updates when this game kicks off.

With less than half an hour to go until kick off inRB Leipzig vs PSG, you can still make your predictions for the result. Do you think PSG will get the away win or will they drop points here?

19:25 GMT: Andreas Ekberg is the RB Leipzig vs PSG referee

Andreas Ekberg from Sweden will be in charge of this one between RB Leipzig and PSG. This is just his first Champions League match of this season and only his sixth in this competition ever.

Lionel Messi scored two in the previous RB Leipzig vs PSG game, but he won’t be present at the Red Bull Arena tonight. The Argentine is out with a minor injury.

This was a thrilling game when these sides met in Paris and we can hope for more of the same tonight. How do you think it will turn out? You can have your say in our poll.

This season isn’t going to plan for RB Leipzig. They are well off the pace in the Bundesliga and pointless in the Champions League, but they will be itching to change that on Wednesday when they welcome Paris Saint-Germain to Red Bull Arena.

Having played every team once, PSG lead Group A and are unbeaten, while Leipzig have lost away to the Parisians and Manchester City, as well as falling at home to Club Brugge.

If they are to have any hope of remaining in Europe beyond Christmas, Leipzig need to start getting some points on the board.

The home side will be without full-backs Lukas Klostermann, Marcel Halstenberg and Marcelo Saracchi, while striker Brian Brobbey is a doubt.

The bright side as far as they are concerned is that they may not have to contend with Lionel Messi, who is not in the squad due to a slight hamstring problem. Sergio Ramos, meanwhile, remains out, along with Marco Verratti and Leandro Paredes.