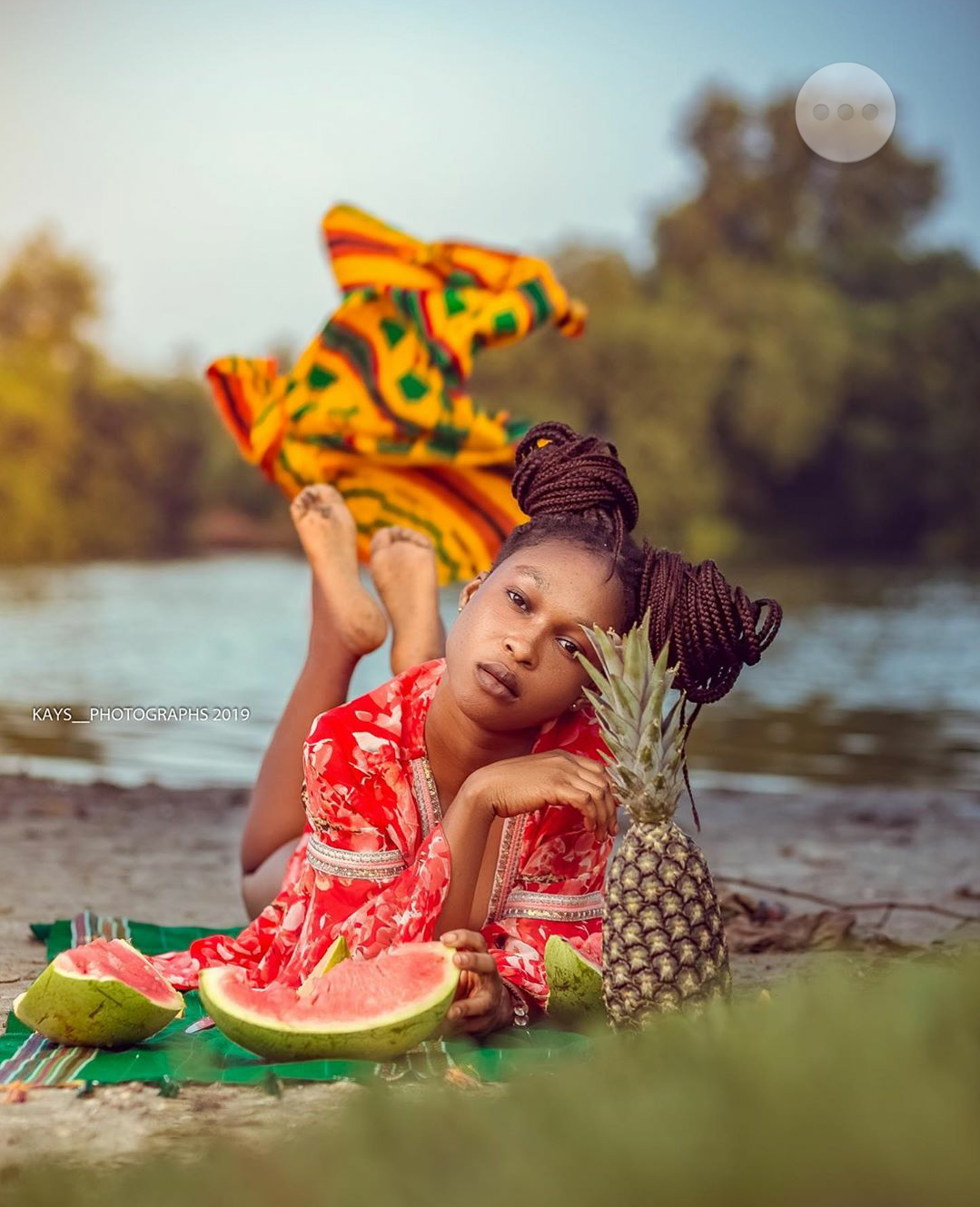 Love Vs Like and lust is closely related and therefore it’s very difficult to differentiate between such feelings.

Many relationships and marriages has been shortlived due to lust which was mistaken to be love. Understand that there would be some form of failures in the love game but these top five honest difference between love, like and lust would help you a great deal before falling for a person.

It  is very disheartening that most young men and women out there find it very difficult to differentiate between love, like and lust. Love is a profound and caring affection towards someone. True love never fades and endures to the end of time. Many say that easily fall in love but in the contrary, they fall in lust instead of in love. Lust in this contemporary world is a feeling of enthusiasm and strong liking for something. Like is to find someone attractive or to have a mild romantic feelings for.

With regards to love, moods may change but care is unconditional. It has no limitations whatsoever. Like reveals itself when it constantly develop whatever it is that is budding both of you to become lovebirds whereas lust always portray intense physical contact for the time being. Lust might prove to you to be love but there is a vast difference between them.

The deepest fear of love is having your heart broken into a million piece simply by betrayal. With like, your sentiments won’t be always reciprocated by the person you have mere attraction for. Lust only develops actdual feelings and vanishes within a short period.
On The Phone
To differentiate between the three feelings, with love the majority of interaction is done in person and not on phone. Well, it is very difficult to fall in love over text messages or calls. A person who likes you finds it difficult to hang up on you during calls. That is where attraction generates from. Lust only involves late night calls, flirtatious text with a clear intention of what is the next move.

Read Also:Celebrities who have surgically implanted diamonds into their bodies

Love sees the person you are falling for as a companion whiles like see target as a potential friend which might skyrocket into a relationship anytime soon but lust sees target as a fleshy, living and breathing thrusting object that can never be resisted.
Have you ever fallen in love or lust? Kindly share your experience with us in the comment section.

Disclaimer: Opinions expressed here are those of the writers and do not reflect those of Sradio5.com. Sradio5.com accepts no responsibility legal or whatsoever for their accuracy of content. Please report any inappropriate content to us, and we will evaluate it as a matter of priority. 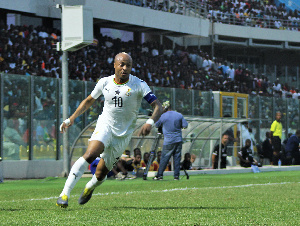 Footballmadeinghana.com understands that Villa boss Dean Smith is looking for experienced available players to beef up his squad and has identified the 29-year-old Ghanaian as a potential signing.

Ayew is under contract at Swansea but the Welsh-based club are eager to release him this summer because of his high wages as they seek to cut cost.

The former Marseille player spent the just ended season on loan at Fenerbahce where he made 29 Superliga appearances scoring five goals.

UAE champions Al Sharjah are also said to be interested in the signature of Ayew who is valued at 5 Million Pounds. 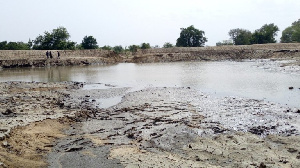 Last week, a radio station in Bolgatanga, the Upper East regional capital called A1 Radio produced what, by its standard as a small-budget local station, is an award-winning piece of journalism.

The documentary, focusing on government’s One-village, one dam project did two things. One, showing that it is possible for radio stations especially community-based ones, to do good journalism that responds to its immediate audience and shun being conveyor belts for recycled Accra media.

Two, that there’s a big problem with the government of the day led by President Akufo-Addo that should wake everyone up. This piece would focus on the latter.

Government wants to build a dam in every village in the now 5 regions of northern Ghana in its four-year mandate. There are 15 districts in the Upper East region, each with more than a hundred and fifty villages on the average. Meaning the government should be building at least two thousand two hundred and fifty dams by December, 2020.

It’s now eighteen months to that deadline and according to the documentary, forty dams are under construction with ten at various stages of construction in a district like Bongo. The villagers where some of this 10 dams have already been built say the contractor used one week to complete them. The dam, the interviewees say, is so badly done that more than 6 people have drowned while trying to fetch water from them. One chief said the dams could only be fit for ‘sakora’ football parks.

There are conflicting figures on how much these dams would cost the country whiles the Agriculture Ministry, under whose watch the Ghana Irrigation Authority- the state department that has been building dams for years works- quotes 2.5 million, The Special Initiatives Ministry- an entirely new ministry set up to deliver this government’s grand campaign promises, quotes 250,000.

Whichever amount you work with, you can’t escape the fact that this is running into the billions if we were going to put a dam in every village. The Regional Minister and a District Chief Executive interviewed could both not tell how contractors for the project had been selected.

Listening to the documentary, I could see another SADA guinea fowl rearing fiasco- the failed NDC project under which guinea fowls were hilariously thought to had flown to Burkina Faso costing the country over ¢15 million – in the making. Only that this one is actually drowning human beings and thankfully A1 Radio, through Joshua Asaah, its brave journalist, is sounding alarm bells before more money goes down the drain.

Much of my journalism travels have been in northern Ghana. I’ve worked in every single district of this area. I know how all-year round farming backed by a working irrigation system could help transform farming up there and so I’ve always maintained the idea to build dams in the north is one worth pursuing. That, however, is no license for such projects to be executed haphazardly.

Four years ago, I was doing a story on tomato growers in the Upper East region, a region that has just 4 months of rain yearly. I learned of the Vea and Tono irrigation projects just outside Bolgatanga and Navrongo respectively. Built in the 70s, these two projects could irrigate massive tracts of farm area benefiting more than 5 thousand farmers. These two engineered dams are the backbone for tomato and rice production, the two crops the region is most famous for. Years of no maintenance and investment had led to a near breakdown of the two facilities with many of the canals not working.

At the time, managers of the dam showed me paperwork of work done over five or so years before to revamp and expand the two dams. They were waiting for money from government then. These two dams today are still in that state because they never had that money. Yet we are sinking millions into building death traps in the name of new dams.

Barely 2% of America’s population is into farming, yet they produce more than enough to feed the entire country, export and feed robust manufacturing industry. It means that, in the 21 century, we don’t need everyone in northern Ghana to do farming to see increased yields and cut down poverty.

As sweet as the 1V1D idea sounded on the campaign platform, it’s only as good as that- a manifesto promise. In practice, it makes no sense at all to implement for many reasons not least because of the unique way settlements in northern Ghana are arranged. Rather than squeeze yourself into the ridiculous idea of building a dam in every hamlet, why won’t you build one well-engineered irrigation project, like Vea or Tono, in every district which supplies a dedicated landmass of a farming area controlled by the irrigation authority– no need to create any new bureaucracy.

Create viable farming cooperatives which mean that you have say thousand farmers from every district farming a particular crop with a dedicated market and a well-organized value chain system. If we can maximize farm output by doing this, it would be way better than spreading ourselves thin to construct these dug-outs that are not even engineered to send the water to the farmlands in every village.

Like building a dam in every village, the NPP did promise to also give all 275 constituencies a million dollars every year for four years. There have been ridiculous attempts to dangle in our faces stuff like boreholes and toilets which won’t cost any more than several tens of thousands of Cedis, were we really building them corruption-free, as the equivalent of the million dollars pledged the beneficiary constituencies. It seems to me that the strategy is to do anything to represent something and once you can get party loyalists to push it on today’s click-bait social media, then voila!

The President says he is interested more in the next generation than the next election. Well, stories like the one this documentary expose show how insincere that claim is. With a media landscape that is largely under-resourced to adequately hold politicians to their words through journalism like this, past governments have gotten away with this trend and our new leaders are only doing the same.

This government, which rode to power on the back on huge public goodwill, is too interested in ticking boxes of campaign promises than pursuing sustainable initiatives that would stand time and partisan political rhetoric. This is dangerous and we must all speak up.