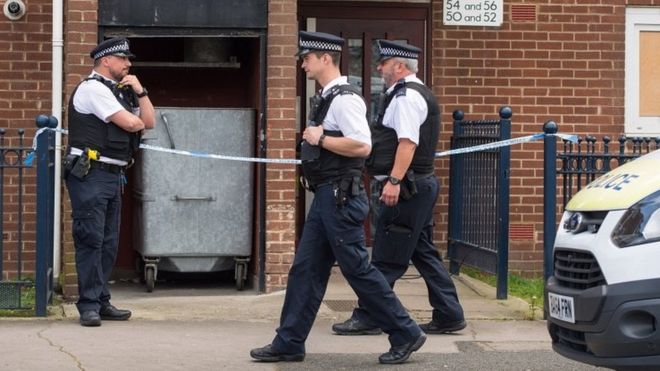 A woman who was found in a freezer along with another female has been formally identified as mother-of-three Mihrican Mustafa.

The two bodies were found frozen, clothed and on top of each other at the flat in Vandome Close, Canning Town, east London, on 26 April.

The Met confirmed they had been able to identify the 38-year-old but have not yet identified the other woman.

A man has been charged with two counts of preventing a lawful burial.