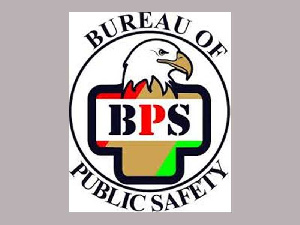 The Public Safety Bureau admonishes companies across the country
to comply fully with the Fire Precautions (Premises) Regulations L.I.
A. 1724.

The regulations will help prevent the frequent occurrence of fire
outbreaks, especially at business centres in Ghana, according to the bureau.

Executive Director of the Bureau, Nana Yaw Akwada believes these
loses can be prevented if the L.I. is complied with.

The problem of workplace fires, I suppose, is an ongoing concern. First of all, workplaces must ensure that they comply with the demands of the L.I. 1724 needs us to train at least 40% of our workers in fire prevention and fighting.
If 40 percent of the workers are informed about how to avoid and tackle a big insurance fire for the company. It’s crucial that we recognize that the potential of fires taking place in the workplace to bring your resources down to zero is very high.

Fire-related stories were one of the main stories that made the rounds last year, particularly because of how frequently they happened.

For example, just a few days before Christmas in the capital, fire destroyed the Kaneshie market, affecting 9 stores, but destroyed 6 of them.

There had also been a fire at the Kantamanto market a few days before that, affecting many shops in the city.

The branch of Liberty House, which affected a number of building floors.
Luckily, according to the management, there were no significant losses.

Two separate fires in the Ashanti Region were reported on Sunday, January 10, 2021.

Eleven shops were burned at the Republic Hall Mini Market at the Kwame Nkrumah University of Science and Technology, while other shops were hit at the Aboabo station commercial building.

In these two cases, products worth millions of Ghanaian Cedis were lost.

Cases like these are the reasons why the Public Safety Bureau claims that the Laws on Fire Precautions (Premises) L.I. Businesses must strictly obey 1724.

The Laws on Fire Precautions (Premises) L.I. 1724 requires, among other items, that individuals working to work on an entity’s premises undergo instruction on what to do during fire incidents.