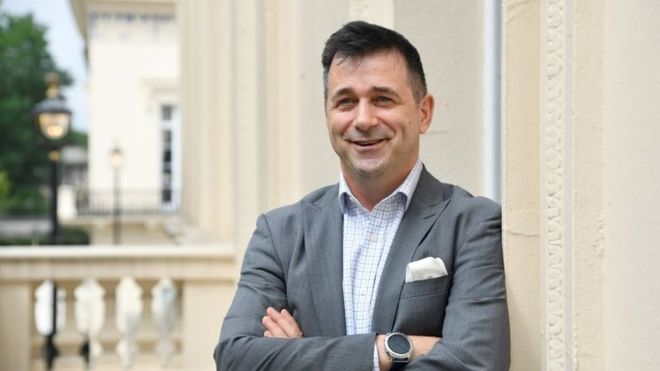 Britain is at risk of “trashing its fabulous relationship” with the rest of Europe because of its failure to secure a Brexit deal, a top businessman says.

Jurgen Maier, the UK chief executive of Siemens, told the BBC’s Today programme: “We are at a point of crisis right at this moment in time.

“We need to find a way forward so we can re-establish that trust to give us the confidence to invest here again.”

Confidence in Britain would return once the situation was resolved, he added.

Mr Maier said: “If I was going to go to my board today and say here is another factory that I want to open for a major infrastructure project in the UK, I can tell you that with this turmoil right now, we would not be putting that over the line.

“I’m saying to our parliament, ‘enough is enough’ and this is the week where a decision needs to be made.

“I remember this country being the sick man of Europe in 1974 and it has taken us 45 years to create a Britain which is a trusting, reliable trading partner.

“My company, like many others, has invested hundreds of millions in this country over that period.”

Mr Maier said, however, that once Britain knew its future, he was “100% sure” that investment in the country would follow.

On Monday, Mr Maier sent an open letter to MPs, urging them to make a quick decision on the UK’s future regarding Brexit.

In it, he said: “Brexit is exhausting our business and wrecking the country’s tremendous reputation as an economic powerhouse.”

He added that people’s livelihoods were at stake and that “sound business investments could be in tatters by the end of the week if you fail”.

Mr Maier finished his letter by saying: “This is your last chance to come together to build a new consensus for Britain and then allow us to move on from Brexit, to the many other issues that need so desperately sorting in our country like our industrial strategy and skills agenda.”