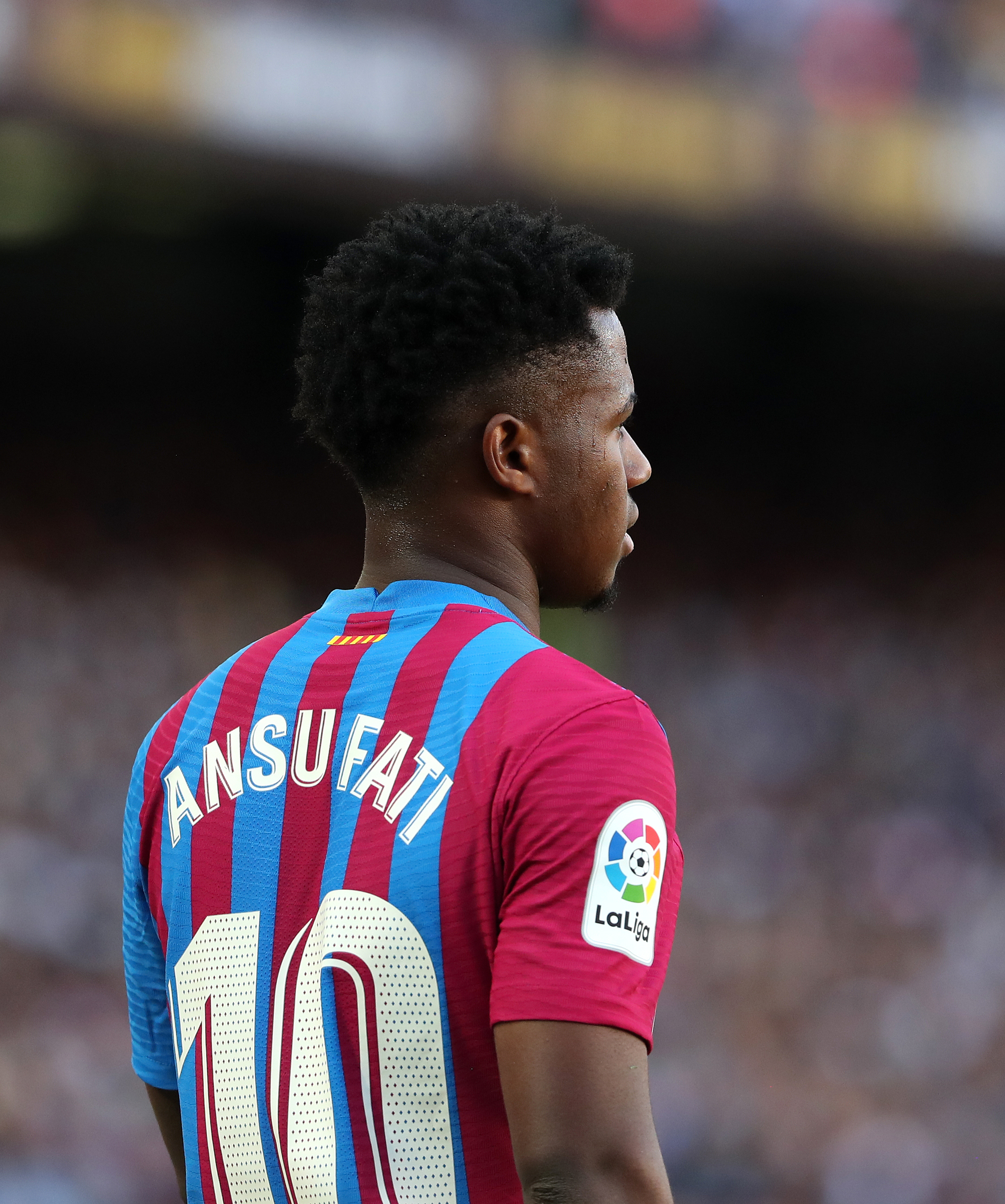 Ansu Fati is debating whether or not to play the Champions League match against Bayern Munich, with Barcelona facing the prospect of elimination from the competition should defeat come at the Allianz Stadium.

Barcelona‘s draw with Benfica on Tuesday means that Xavi‘s side must emerge from Bavaria victorious if they are to make the Champions League knockout rounds. The Blaugrana are two points clear of Benfica in Group E, though the Portuguese team play Dynamo Kiev in their final match.

The form of Bayern Munich is also a worry as the German giants have lost just three times in all competitions this season – 20 games – thus Xavi wants to have his most potent attackers available.

Fati had been out for almost a year with a knee problem before making his long awaited return for Barcelona against Levante in September, but a hamstring problem has now affected the youngster.

He is already taking part in some drills in training, and is improving rapidly. Although no decision has been made, Fati is expected to rejoin the group sessions on Monday and from there a medical assessment will be done as to his ability to face Bayern.

Given the stage of recovery, Fati could be ready for the clash and wants to play, but that inevitably comes with some risk and will have to be assessed closer to the time.

A relapse would be fatal for the player, and while it is clear the match with Bayern is key, the season is long and the Champions League is realistically out of Barcelona‘s reach this season anyway.

As a result, those around the player have advised him to be prudent in his decision. He must keep his feet on the ground and carefully assess whether or not it is the right thing to take the field against Bayern.

Picking up another injury after spending the best part of a year out could do long term damage. Fati has only managed eight official games with Barcelona this season, playing for a month and a half before becoming injured again.