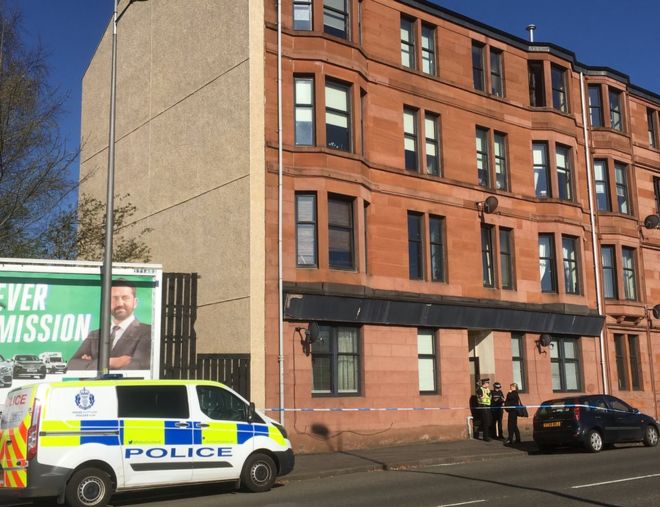 A one-year-old girl who fell from a third-floor flat window in Clydebank has died.

The girl fell from the building on Dumbarton Road, near Boquhanran Road, at about 14:10 on Wednesday.

She was taken to the Royal Hospital for Sick Children in Glasgow where she later died.

Police said inquiries were ongoing to establish the full circumstances, but the girl’s death does not appear to be suspicious.

A report will be submitted to the procurator fiscal.

Det Insp Steve Martin, from the family protection unit based at Clydebank, said: “The little girl’s family have been left devastated by the loss of their child and we are investigating the circumstances surrounding what happened.

“I continue to appeal for anyone who was in the area at the time, who may have rendered assistance to the family or emergency services, to please get in touch.

“I would also ask any motorists who were in the vicinity to check their dashcams in case they have captured anything which may be of significance.”