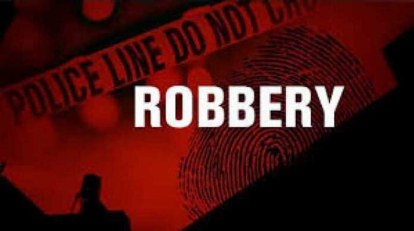 A gang of four armed robbers has attacked a shop at Forifori in the Afram Plains South District in the Eastern Region amidst indiscriminate gunshots.

The robbers ordered customers caught up in the robbery to lie face down.

They struck the head of the shop owner Mr Kelepe, who is a senior prison officer at ForiFori Prison camp, with the butt of a gun and attacked a female shop attendant.

The robbers absconded with an unspecified but huge amount of money collected from the shop at gunpoint.

The shop is the largest in ForiFori Community with brisk businesses including the sale of provisions, hardware, mobile money transaction among others.

According to the Assembly Member for ForiFori, John Tsatsu, the armed robbers were masked and wearing overall blue dresses but were walking on foot.

The robbers fled before the arrival of the police. No arrest has been made yet.

The robbery gang is believed to be the same members who on Saturday, October 9, 2021, at about 7:30 pm gunned down a motor rider, identified as Bright during a robbery attack on a mobile money vendor at Ekye Amanfrom in the same district.

The four-member robbery gang who wore face masks invaded Samuel Agbozo Enterprise which is a mobile money and Phone shop amidst indiscriminate firing of warning shots.

They took away monies and many mobile phones and subsequently robbed a nearby provision shop as well.

The motor rider, who was unaware of the robbery incident, attempted to ride past the robbery scene but was shot dead by the armed robbers.

The robbers, who were on foot, absconded into the bush with the booty before the arrival of the police