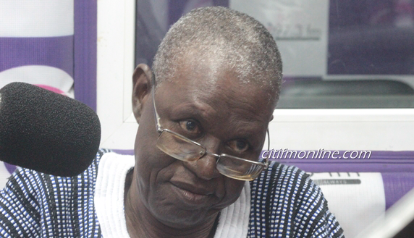 A former Zebilla MP and private legal practitioner, Mr. John Ndebugre, has slammed proponents of the anti-LGBTQ bill, saying they are misleading the country.

“That Bill is absolutely unnecessary. They are wasting everybody’s time,” he said on Eyewitness News.

“The Bill is saying don’t ever associate if you are persons of the same gender and I cannot support such a situation,” the former MP added.

Mr. Ndebugre was also stunned that people argue that the choice of LGBTQ persons is not a fundamental human right.

“It is in the constitution that you can make a choice to associate with anybody you want. Why are you saying we cannot associate?” he quizzed.

Mr. Ndebugre also feels that the bill is largely based on presumptions.

“The Bill speculates that if I associate with [another man], the purpose is for us to have sex. We don’t make laws based on speculation” he stated.

He further backed Akoto Ampaw’s assertion that a Bill of this nature could only be tabled by the executive arm of government in line with Article 108 of the constitution because it would lead to government expenses.

“Look at the time they have wasted today. It is on our charge, and it is on the charge of the consolidated fund,” Mr. Ndebugre noted.

The Committee has received over 150 memoranda from religious bodies, civil society groups, and citizens on the controversial subject of sexual orientation.

The Bill prescribes that people of the same sex who engage in sexual activity could spend up to 10 years in jail.

Varying forms of support for the LGBTQ+ community will also be criminalized if the Bill, known as the Promotion of Proper Human Sexual Rights and Ghanaian Family Values Bill 2021, is passed into law.