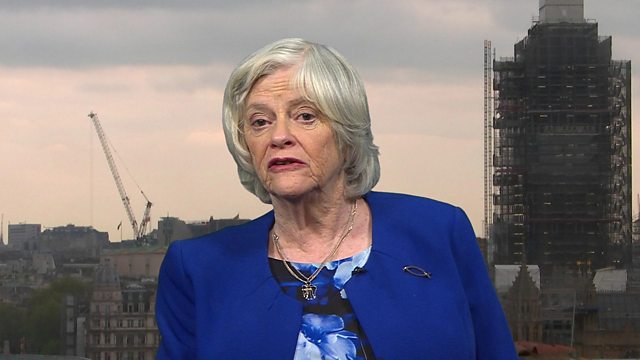 Former Conservative MP Ann Widdecombe has announced she is set to return to politics – for the Brexit Party.

Ms Widdecombe, 71, said she would still vote Conservative in the upcoming local elections but would stand as a candidate for Nigel Farage’s new party in the European elections.

She said she wanted to “fire a very loud warning shot across the bows” of the established parties.

The former shadow home secretary has been retired since 2010.

Ms Widdecombe told BBC News she was standing out of “total frustration” and to show Parliament to “get on with it” or see their seats “in danger”.

She added: “Britain is an international laughing stock. Parliament is beyond parody, and the whole nation is fed up to the back teeth and just wants a resolution.

“I believe that if the Brexit Party can make enormous gains in the European elections and win overwhelmingly, that will send shockwaves – both in Labour heartlands and in Tory shires.

“It will make MPs rethink what they are doing as it will be a big reaffirmation of the people’s vote.”