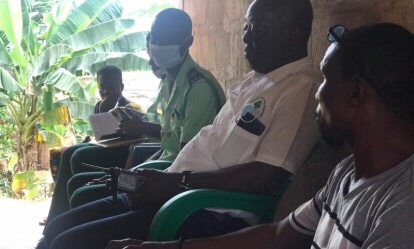 The Western and Western North Regional National Ambulance Service has asked for a postmortem on 31-year-old, Augustina Awortwe, who lost her life while in transit after delivery at the Holy Child Catholic Hospital at Fijai in the Western Region.

“I think a lot of things happened at the Hospital (Holy Child Catholic Hospital, Fijai) and that is where the delay arose. We must admit that it happened that they did not even get to Cape Coast when the woman started deteriorating thereby raising a lot of questions.

In what state was the woman? Because if the woman is in a very critical state, I would have suggested that at Effia Nkwanta Regional Hospital, we have obstetricians and gynaecologists and even a consultant obstetrician gynaecologist who could have sorted this thing out at that level,” he opined.

He explained that “even if the intensive care is not ready we have a high dependency unit which could have sorted this woman up to a certain level before she is further transported as there are ramps along the way and traffic that pose great complications and risks.

“We could really have sorted this woman to be stable enough so I think there are a lot of questions. We are therefore suggesting that a post mortem be done.

Yes, the Ambulance aspect remains an allegation and it will be investigated. But we need to find out why we needed to move this woman in the first place and what really happened since we are still in the dark on that aspect.”

Meanwhile, John Obiri Yeboah, the husband of the deceased, has called for an investigation into the circumstances that led to the demise of his wife.

In his narrations, Mr. Yeboah wondered why an ambulance attendant could tell his colleague to use the time of the wife’s death; 8:37 pm; to stake the lotto.