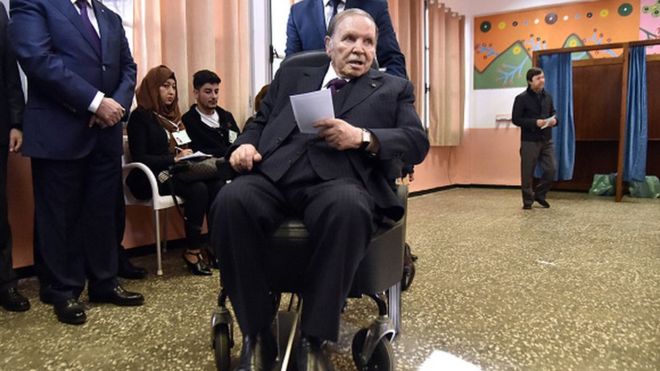 The 82-year-old, who has been in power for 20 years, will ensure “continuity of the state’s institutions” before he quits, according to APS news agency.

The news comes after weeks of mass protests, with demonstrators and army officials demanding his resignation.

As a result, he had dropped plans to seek re-election for a fifth term.

The elections have been postponed and the government has promised to organise a national conference.

Last month Mr Bouteflika, who has rarely been seen in public since suffering a stroke in 2013, also announced a major cabinet reshuffle.