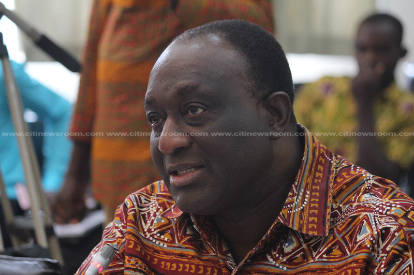 The Ministry of Trade and Industry has refuted claims that its minister, Alan Kyeremanten, sold 125 acres of the Komenda Sugar Development Company farmland to Akpeteshie distillers.

In a statement responding to the claims made by the former Secretary to the Komenda Sugar Project Management Board, Ransford Chatman Vanni-Amoah, the Ministry said it “does not intend to sell any parcel of land belonging to the company.”

It held that the “allegation is absolutely false and is maliciously intended to incite disaffection and mistrust against the government particularly the Hon. Minister [Alan Kyeremanten] for that matter.”

The Ministry added that “both the Minister and the Ministry do not have the legal capacity or authority to initiate, negotiate and conclude the sale and transfer of any stool land assigned to the company, as falsely alleged in the said publication.”

It is also demanding an apology and retraction from Mr. Vanni-Amoah.

“The Ministry takes this opportunity to assure the Chiefs and People of Komenda Traditional Area that the Komenda Sugar Factory will be brought back to productive operation, as firmly reiterated by His Excellency the President during his recent tour of the Central Region,” the statement concluded.

Woes of the Komenda Sugar Factory

The Komenda Sugar Factory remains a point of controversy because of its reputation as a white elephant.

It was inaugurated in May 2016 by then-President John Mahama after being built for $35 million with support from an Indian EXIM Bank facility.

The factory was expected to employ 7,300 people along the value chain, boosting employment prospects in the Komenda-Edina-Eguafo-Abirem municipality.

After years of dormancy, the government, in June 2020, said the ban on foreign travel due to the COVID-19 pandemic affected the processes of reviving the Komenda Sugar Factory.

A year before the pandemic, Cabinet approved Park Agrotech as the strategic investor to revive the factory after a technical audit by Price Waterhouse Coopers.

Park Agrotech has a financial commitment of US$28 million to the project.