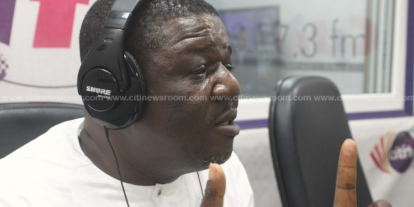 The South Dayi MP, Rockson-Nelson Dafeamakpor, wants the Attorney General to come out with a more definite direction to the General Legal Council with respect to the admission of 499 students who were denied entry into the Ghana School of Law.

Though the Attorney General, Godfred Dame, has directed the council to admit the students, he also gave alternatives which Mr. Dafeamakpor disagreed with.

“That directive to the General Legal Council amounts to no direction because you don’t direct an institution and give them an option, which is confusing as this.”

Aside from the direction to admit the students, the Attorney General also suggested the students be admitted to run from October 2021 to April 2022 with special arrangements or the council can organize a special examination in November for the aggrieved students to justify their admission.

On the special exam, Mr. Dafeamakpor said, “it is such an absurd proposition to make.”

“How is it possible for a person who is in  possession of [an LLB degree] not capable of reasoning legally or is not capable of solving practical legal problems.”

“It confirms my longstanding position that the entrance exam to law school tests nothing,” he added.

“The option one is what the Attorney General intended to say. The other two options are merely red herrings. He threw them in there to confuse the issue.”

Meanwhile, the Minority in Parliament has filed a motion asking the Speaker of Parliament to trigger the necessary processes for the House to pass a vote of censure against the Attorney General.

They believe the Attorney General has refused to facilitate the admission of the 499 students.

The motion means that the Minority is seeking the removal of the Attorney General from office for supposedly undermining or disrespecting Parliament.