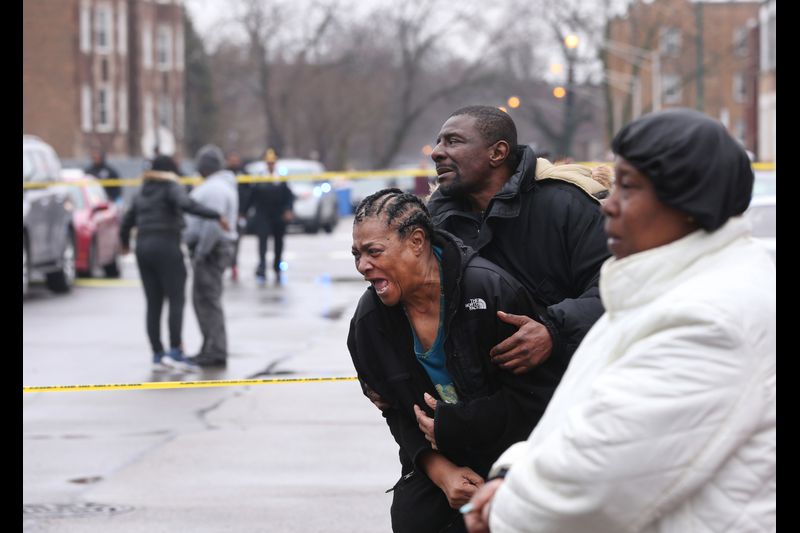 A 61-year-old woman became the fourth person to die this month from a series of shootings by a Chicago gunman who was later killed in a suburban police shooting, officials said Sunday. CHICAGO (AP)

According to the Cook County medical examiner’s office, Marta Torres, an Evanston woman who had been in critical condition for a week after being shot at an IHOP, died at a hospital on Saturday. Her autopsy was scheduled to take place on Sunday.

32-year-old Jason Nightengale, of Chicago, shot seven people in a series
of Jan. 9 assaults during an approximately four-hour period, according to police. Most of the attacks took place on the South Side of Chicago before Nightengale drove to Evanston, just north of town, where he shot Torres before he was shot dead by officers during a shooting. The ages of the victims ranged
from 15 to 81 years old.

In the killings, police did not release a motive that they identified as random.
Prior to the murders, Nightengale shared several upsetting and nonsensical short videos on Facebook. He brandished a pistol in one; he threatened to “blow up the entire community” in another.

Yiran Fan, a 30-year-old University of Chicago student from China, 20-year-old Anthony Faulkner and 46-year-old security guard Aisha Nevell were the other three people who were killed.

Updated conditions were not immediately available for the three others wounded, a 15-year-old girl, a 77-year-old woman and an 81-year-old woman.

Last week, Tiffany McNeal, the mother of a 15-year-old girl, Damia Smith, told The Chicago Tribune that her daughter was fighting in a children’s hospital for her life.

“She is holding on,” said McNeal. “They suggest it just doesn’t look fine. Yet I
am a believer. I have faith in God.’

According to his LinkedIn profile, Nightenagle, a father of twin girls, described
jobs over the years as a janitor, security guard and forklift operator.

“He was fighting some demons,” Annette Nightengale, an Aunt, told The Sun-Times of Chicago. “Some problems he had.”