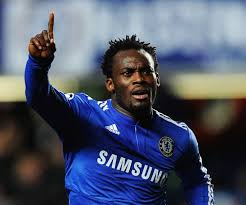 In a social media post, Essien expressed his support for the group and encouraged them to continue fighting for their rights.

“We see you, we hear you, and we stand by your side. A post on the Black Stars legend reads, “Our LGBTIA culture in Ghana.”

However, after getting criticism from some Ghanaians on the forum, the post was withdrawn.

Despite the President, Nana Addo Dankwa Akufo-Addo, emphatically declaring that same-sex marriages will never be legalized in Ghana, LGBTQ+ continues to be a hot topic on Ghanaian media platforms.

Under pressure from religious institutions, the President announced that homosexuality will not be legalized while he is in office.

“Same-sex marriage will not be legalized in Ghana during Nana Addo Dankwa Akufo-presidency; Addo’s it will never happen during my presidency,” he declared emphatically.